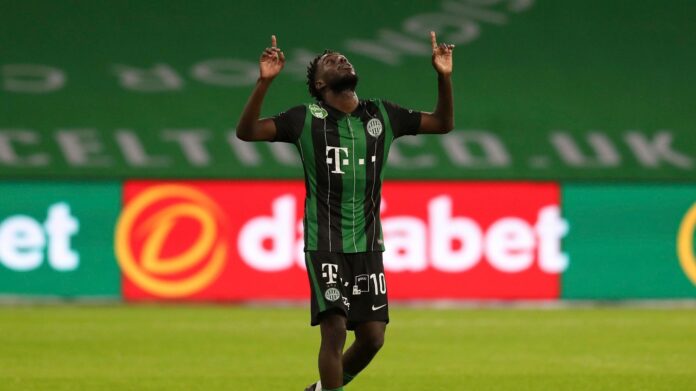 On Wednesday, Ferencvaros travel to Molde for the first leg of the last qualifying round for the Champions League. Both teams want to keep all their chances before the second leg.

In the previous round, Molde had difficulty qualifying on the lawn of the Azeris in Qarabag (0-0, qualifying following a penalty shootout). Reigning Norwegian champion, the team is however 2nd in its 2020 championship after 18 days and concedes 16 units behind the top of the standings. In small form for some time, Molde lost 4 times in the last 5 days, for 1 victory, and remains on a setback conceded to Valerenga last weekend (2-1).

To climb into this last qualifying round for the Champions League, Ferencavros previously defeated the Swedes of Djurgarden (2-0), the Scots of Celtic (1-2), and the Croats of Dinamo Zagreb (2- 1), already signing two great achievements. Last season, the team had no trouble securing a new Hungarian league title, second in a row, ahead of its runner-up by 13 points. This season, Ferencvaros got off to a good start avoiding defeat in the first 3 days (2 wins and 1 draw). Last weekend, the Hungarian team easily validated their ticket for the next round of the Hungarian Cup with a clear victory at the small club of Rackeve (1-6).

The workforce for Molde vs Ferencvaros

For Molde, only the important Norwegian defender Haraldseid is still unavailable for this meeting, injured. Also, the potential holder Sjolstad is uncertain. The team does not have any player currently present in the Norwegian selection but has several assets on the offensive plan like the Nigerian Leke James (7 goals in the league this season) and the prolific Omoijuanfo (6 goals) and Hussain (6 goals).

As for Ferencvaros, nothing is known to the general public. Nevertheless, the club made some efforts during the offseason to secure the services of wingers Uzuni (Lokomotiva) and Zubikov (Shakhtar Donetsk). The Norwegian striker Nguen has already found the net 4 times since the start of the championship while the Ivorian Boli, also passed by Norway, has scored 2 goals. Also note the presence of the French midfielder trained in Angers Aïssa Laïdouni, who arrived this summer, as well as the Hungarian international Bogdan, the Bosnian international Kovacevic, and the Croatian U20 international Baturina. For this match, Ferencvaros travels in full, with the only international defender Lovrencsics uncertain.

The key fact about the match Molde vs Ferencvaros

This meeting will take place behind closed doors.

Very consistent in previous rounds, Ferencavros can take advantage of current weaknesses to bring back at least Norway’s draw on Wednesday. Draw or win Ferencvaros!