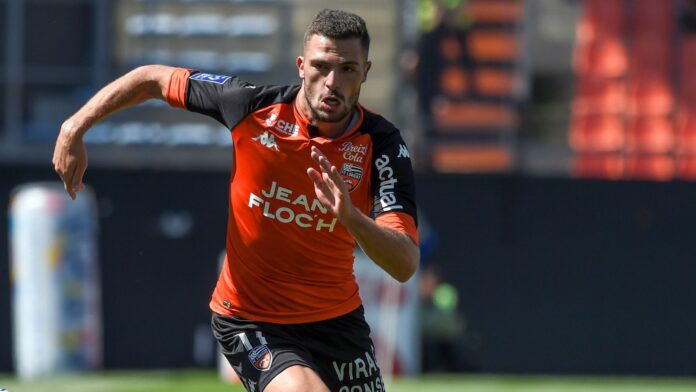 Sunday, Brest receives its neighbor from Lorient for a meeting of the 4th day of Ligue 1. The two teams will want to take points from the perspective of maintenance and win this derby.

Back in Ligue 1 last year after 6 seasons in Ligue 2, Brest defended well last year. Never in a position to have to fight for their maintenance, the Finistériens occupied 14th place in the standings when the season was stopped due to the health context. On the other hand, Olivier Dall’Oglio’s men experienced some difficulties during their first two meetings. Shaken by Nîmes (4-0), they were then beaten by OM at Francis le Blé (1-3) without demerit. Finally, their efforts were rewarded on Sunday after a victory against Dijon (0-2).

For its part, Lorient is rediscovering the highest level of French football this year after having spent the last exercises in the anteroom. Indeed, the Merlus had an excellent season last year in Ligue 2 and beat all their opponents to obtain the title of champion of this 2nd division. On the other hand, Christophe Pélissier’s men will have to fight to maintain themselves. After having started well by winning against Strasbourg (3-1), the Morbihanais could not resist Saint-Etienne (2-0) then Lens (2-3) on Sunday.

The workforce for Brest vs Lorient

Seriously injured in recent weeks, central defender Denys Bain, the victim of ruptured cruciate ligaments, is not operational any more than midfielder Lasne and rookie Honarat. Against Dijon, the Cardona striker marked the spirits by registering a very spectacular volley.

In the Lorient infirmary, we find the experienced Saunier and Delaplace who all have physical problems. Recruited a few days ago, the former Laurienté house injured his adductors and may be absent for a while. On the other hand, the goalscorer Hamel is hoped for. Despite the defeat, Austrian rookie Grbic scored his second goal of the season, as did the very good Wissa.

The probable compositions for Brest vs Lorient:

Key points for the match Brest vs Lorient

Coaches have the possibility of making 5 substitutions during the game.
This meeting is played with a limited number of spectators (5000).

These two teams are both forward-oriented and often offer quality matches. However, at home, Brest could manage to make the difference and gain the upper hand in this derby. Victory Brest!