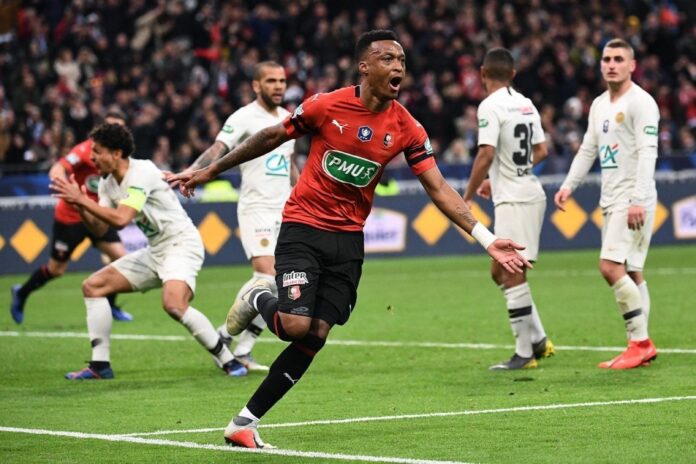 This Saturday, Rennes receives Montpellier on the occasion of the second day of Ligue 1. Rennes wants to confirm its good first match. Montpellier hopes to perform well for its 1st match.

In recent years, Rennes has been building itself intelligently and has started to reap the fruits of its good work. Last season, Rennes closed its championship with a memorable 3rd place and is therefore qualified, for the first time in its history, for the group stage of the Champions League. The Bretons hope to confirm this year by winning a new European qualification. During the first day played last weekend, they scratched a very good point on the lawn of a direct competitor, Lille, and they could even have won with a little more accuracy (1-1).
Like his opponent of the day, Montpellier has been working well for some time and seems to be installed at the end of the first part of the table. Organized in a solid 3-5-2, Michel Der Zakarian’s men are difficult to move and they now have serious offensive arguments to make. The next step is surely to get a little closer to European places with this workforce and this coach. Due to the presence of Lyon in the Final 8 of the Champions League, Montpellier could not start its championship last weekend and therefore does so this Saturday.

The workforce for Rennes vs Montpellier

Rennes records the withdrawals of the important midfielder Léa-Siliki and the defender replacing Nyamsi, injured. In addition, the promising right side Boey is suspended after being sent off on the 1st day. The club have been banking on continuity for now but could go on the offensive these days in the transfer market now that their place in the Champions League group stage is secured. As for the departures, only the experienced Jérémy Morel left in the potential holders. To replace him, the Bretons bet on the former Dijon player Aguerd while in the offensive field, it is the former Lyon player Martin Terrier who was recruited. Despite the greed, the very promising Camavinga has decided to stay just like Mbaye Niang.
The main change that took place in Montpellier during the offseason concerns the goalkeeper position. The excellent Geronimo Rulli could not be acquired definitively and the leaders relied on Swiss goalkeeper of FC Basel Jonas Omlin to replace him. The other signing is England striker Juventus, who showed great things with Dijon last year, Stephy Mavididi. It strengthens an offensive sector in which Andy Delort and Gaëtan Laborde still appear. The creatives Savanier and Mollet are still there, as is the indestructible Vitorino Hilton (42) who was the most used MHSC element last year. For this meeting, the promising Cozza and the recruit Mavididi are blocked in the infirmary.

The probable lines for Rennes vs Montpellier:

Key points for the match Rennes vs Montpellier

Coaches have the possibility of making 5 substitutions during the game.
This meeting is played with a limited number of spectators (5000).

After its good draw last weekend, Rennes will be keen to win its first match this Saturday against Montpellier who could not play last weekend. Rennes victory!