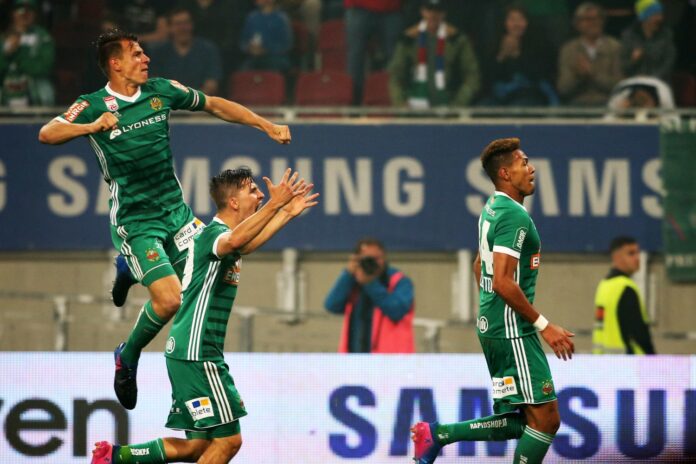 Lokomotiva Zagreb vs Rapid Vienna is a duel on the non-champions route in the second round of the Champions League preliminaries, which will be played on Wednesday, on “Stadion u Kranjčevićevoj ulici”.

It is one of the best teams in Croatia, if we refer strictly to the performance of the previous season, finishing second in the standings, qualifying for the first time in the Champions League preliminaries.
The last European experience of the hosts of this match took place in the 2016/2017 season, playing in the Europa League, reaching the playoffs, losing to Genk.
Recently, Lokomotiva Zagreb started its adventure in the championship, the debut being a disastrous one, losing 6-0 to Dinamo Zagreb, but then the following success with a minimum score in the duel on its field with Rijeka.

It is one of the forces of Austrian football, which every season has high demands, both in the domestic championship and at the European level. The bookmakers give it as a favorite, being what is a stronger team, but also with a lot of experience.
The Austrian runner-up returned to the Champions League qualifiers after five years, hoping for a new group qualification, the last time she achieved this performance in 2005.
Rapid Vienna has not yet started their adventure in the domestic championship, since July, when the season ended, playing four friendly matches, winning them all. That’s right, they faced modest opponents, beating Drassburg, Opava, Slovan Liberec, and FC Juniors in turn.

Lokomotiva Zagreb is an interesting team, it’s true, but it doesn’t compare to its opponent, not in terms of value, but especially in terms of experience, so it seems hard to believe that it will qualify for the third round of the Champions League qualifiers. We expect Rapid Vienna to prove that they come from a much stronger championship, so we will bet on their success, in a odds of 1.72.