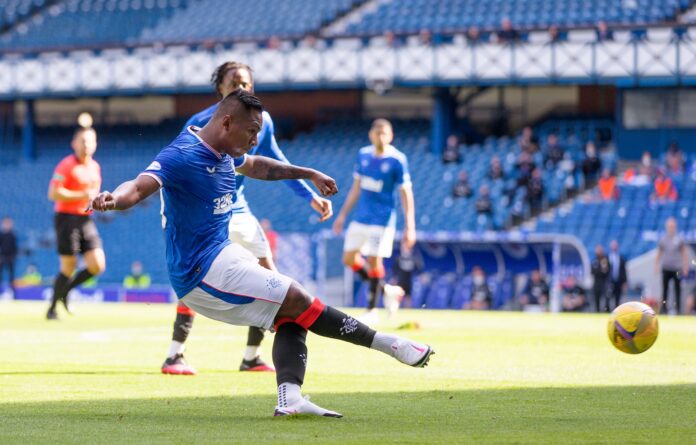 2nd of the last season behind the eternal rival of Celtic, the Rangers therefore still had to eat their black bread and see their competitors triumph. However, Steven Gerrard’s men again show great ambitions this year and they will try to win a title that has eluded them since 2011. Eliminated by Bayer Leverkusen in the Round of 16 of the Europa League, the Glasgow players have in revenge started this new season very well on the national scene by winning ahead of Aberdeen (0-1) and Saint-Mirren (3-0).
On the Saint-Johnstone side, the season started more slowly. 6th last year, the Saints started with a draw against Dundee United on August 1 (1-1) and they did not play this weekend. Often seen as a mid-table team in this Premiership, they will try to slip into the championship phase at the end of the season.

The workforce for Rangers vs St. Johnstone

The emblematic Jermain Defoe (injured), and Nikola Katic (long-term injured) are still missing on the side of the Rangers. Also, titular goaltender McGregor is uncertain as is substitute McCrorie. Colombian Morelos, the scorer of 12 goals in the previous exercise, posted good arrangements by scoring a brace in the last match.
In St-Johnstone, only striker Michael O’Halloran did not make the trip because he was suspended. Otherwise, all members of the workforce are operational. Last season, the team’s top scorer was forward Callum Hendry with 7 goals.

Key point for the match Rangers vs St. Johnstone

The match will be played with a limited number of spectators.

Imperials at home, the Rangers should be able to win without worries in this game. Victory Rangers!