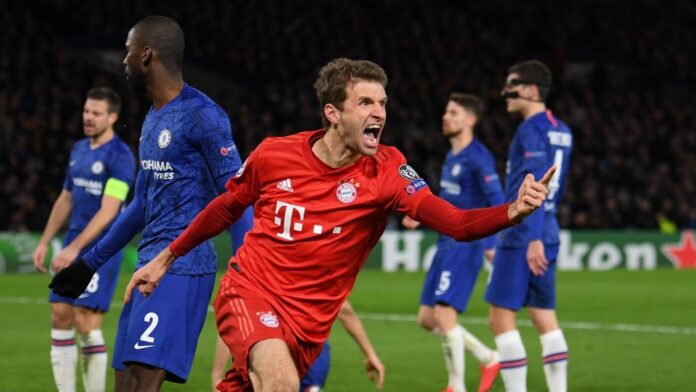 The teams from Bayern and Chelsea have a match scheduled for next Saturday, in a game related to the UEFA Champions League Round of the 16-second leg, which will take place at the Allianz Arena in Munich, behind closed doors. The Bavarian team is one of the strongest candidates to win the competition, not least because they qualify for the next stage in their pocket, after winning in London, by 0-3, in the first leg. Bundesliga champion and DFB Pokal winner, Bayern will now try to succeed in Europe, aiming to reach the final of the Champions League. Last Friday, Bayern beat Marseille (1-0) in a preparation game. Ahead will be a Chelsea player who played in the Premier League, guaranteeing qualification for the Champions League. In the FA Cup final, Frank Lampard’s team lost 2-1 to Arsenal.

Key statistics for the match Bayern Munich vs Chelsea

With the draw practically decided in favor of Bayern Munich, Chelsea should try to leave a positive image, allowing them to relaunch doubts about the qualification, that is, scoring one or more goals. On the other hand, the German team has the great offensive quality and is tailored to this type of decision. Thus, a game with several scoring opportunities from both sides is expected, so the best bet will be on the market of both teams to score, odds 1.67.