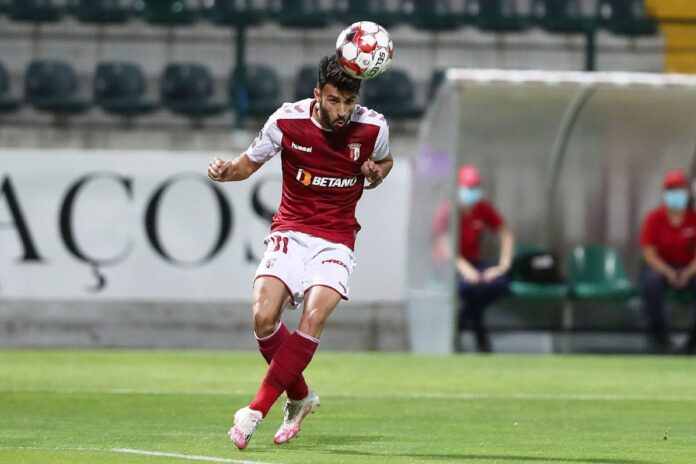 This Monday, Braga moves to the lawn of Tondela on the occasion of the 33rd day of the Portuguese championship. Tondela is still not kept in the top flight of Portuguese football while Braga wants to play in the Europa League.

Tondela is in a very delicate situation 2 days before the end of the Portuguese championship. Tied on points with Vitoria Setubal (30 points) the first relegation, the residents of the small stadium of Joao Cardoso are in great danger. Especially since this confrontation against Braga is likely to turn in favor of visitors who will need points. It must be said that Tondela, like Setubal, has been catastrophic for 3 weeks with 5 defeats conceded in 6 games (Sporting, Pacos de Ferreira, Famalicao, Porto and Gil Vicente).
Opposite, Sporting Braga did not start very well this recovery of the championship. In lack of rhythm, the men of Artur Jorge resumed the competition by two defeats against Santa Clara (2-3) and Boavista (0-1). After an encouraging draw against Famalicao (0-0), the Minhotos beat Guimarães (3-2) at home as well as Desportivo Aves (4-0) and Pacos Ferreira (5-1). On the last day, Braga therefore moved to Belenenses with a fiery attack (9 goals in 2 games) but the Mihotos conceded the sharing of points (0-0). In the standings, they find themselves in 4th place, still 4 steps ahead of the 5th, non-European.

The staff for Tondela vs Braga

For this meeting, Tondela will always be deprived of his number one goalkeeper and captain Claudio Ramos. On top of that, important midfielder Pité and defender Ricardo Alves are both uncertain and should be forfeited. Ronan is the club’s top scorer with only 5 goals.
For Braga, long-term absent Brazilian defender Tormena is still absent. He was joined in the infirmary by the former Marseillais Rolando, by the defender Nuno Sequeira and by the little used Raul Silva and Diogo Viana. Wallace, the former ASM defender, will return to Lazio Rome following his loan. The excellent Paulinho has 17 goals in the league.

Key points for the match Tondela vs Braga

In the first leg, Sporting Braga won against Tondela (2-1).
Coaches can make 5 replacements during the game.
This meeting will take place behind closed doors.

In search of a victory to get closer to Sporting, Braga who is better could prevail in this match. Victory Braga!