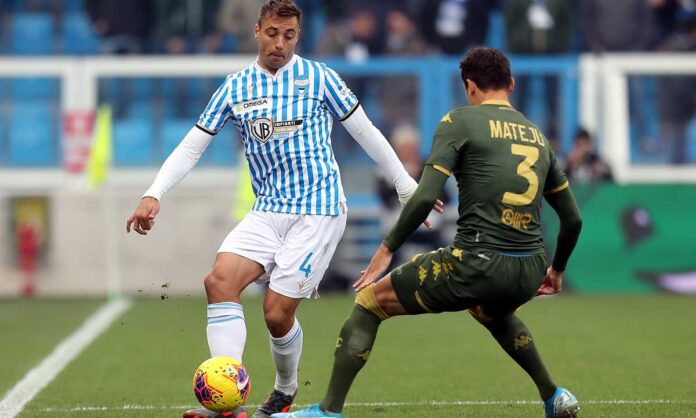 Sunday, Brescia faces SPAL on the 34th day of Serie A. The two teams are in the last two places in the ranking and seem already doomed even if a small hope remains for Brescia.

Absent from Serie A for 8 long seasons, Brescia rediscovers the level of the Italian elite at its expense this year. Indeed, the promoted have taken only 21 points in the first 33 games of this championship and are penultimate in the ranking with 9 units behind the first non-relegation. Since their last success against Hellas Verone (3-1), the Biancazzuri have lost to Torino (3-1), Roma (0-3) and Atalanta on Wednesday evening (6-2).
For its part, SPAL has managed the feat of living an even more complicated season than that of its adversary. Indeed, the club founded in 2013 finds itself in last place in the ranking with only 19 points on the clock. Resigned to be relegated, the players of the city of Ferrara have taken only one point since the resumption of the season. It was against AC Milan (2-2). Since then, they have been beaten by Sampdoria (3-0), Udinese (0-3) and Genoa (2-0) and finally by Inter Thursday evening (0-4).

The staff for Brescia vs SPAL 2013

Key points for the match Brescia vs SPAL 2013

Brescia took 3 points in the first leg (0-1)
Coaches can make 5 replacements during the game.
This meeting will take place behind closed doors.

Between two teams completely homeless in this Serie A, our favor goes to the locals who seem more comfortable on the offensive level. Victory Brescia!