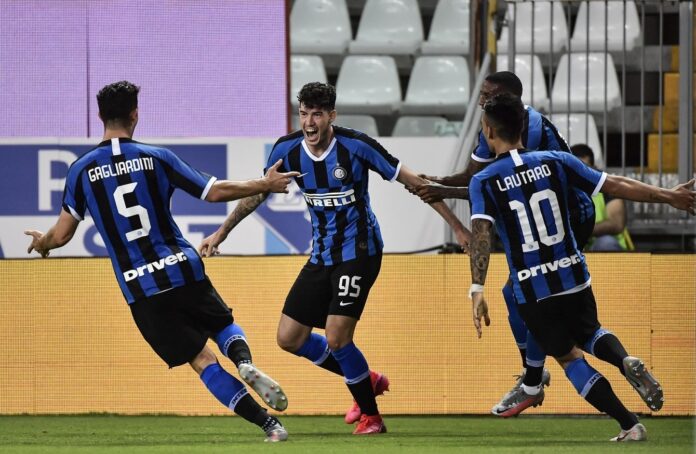 This Sunday, Inter receives Bologna on the occasion of the 30th day of Serie A. The two teams should live an end of the season without stake.

3rd in Serie A with 8 points behind the head of the classification, Inter very seriously jeopardized their chances of Scudetto by losing their last 2 games played before the end of the season on the lawns of the first 2, Lazio Rome (2-1) and Juventus (2-0). His advance on the 5th (16 points) still ensures him a qualification for the next Champions League. Since the recovery, the Nerazzurri have done well (3 wins and 1 draw). After being braked at home by Sassuolo (3-3), they won in Parma (1-2) and against Brescia last Wednesday (6-0).
11th in Serie A, Bologna is about to experience an end to the championship without a stake. For its return to competition, the team logically bowed at home against the leader, Juventus (0-2). Since then, Sinisa Mihailovic’s men have figured well by winning in a poorly classified, Sampdoria (1-2), before preserving, at home, the draw against Cagliari last Wednesday (1-1).

The staff for Inter vs Bologna

Inter must contend with the fixed rates of potential Sensi and Vecino midfielders and the suspension of the defender of the Skriniar defense. On the bench on the last day, the Belgian Romelu Lukaku (19 league goals) should regain a starting place.
For Bologna, it is important to report the defections of the potential incumbents Mbaye, Poli and Skov Olsen and the substitute forward Santander. Scorer on the last day, the Gambian striker Barrow should start the match again as well as the excellent winger Orsolini.

Key points for the match Inter vs Bologna

During the first leg, Inter won in Bologna (1-2).
Coaches can make 5 replacements during the game.
This meeting will take place behind closed doors.

Inter are expected to assert their supremacy over Bologna this Sunday. Inter Victory!