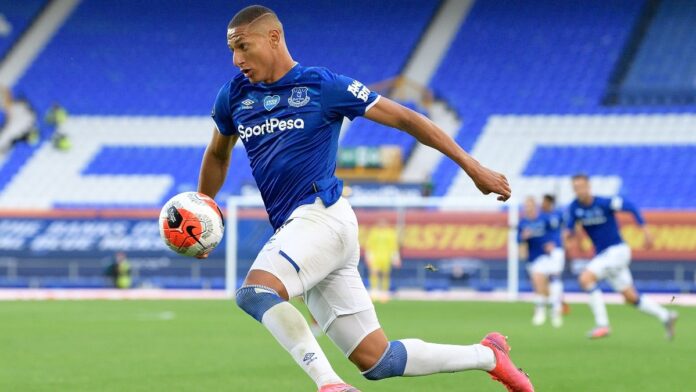 This Wednesday, Everton receives Leicester on the occasion of the 32nd day of the Premier League. Everton wants to integrate the 1st half of the classification. Leicester defends its place in the Big 4.

Author of a very ambitious recruitment during the summer transfer window, Everton does not yet manage to live up to his hopes. Currently, the Toffees are taped in the 2nd part of the ranking, in 12th place, with 41 units on the clock. Struggling in March with 2 defeats conceded in their last 3 days, the men of Carlo Ancelotti took over, holding neighbor Liverpool (0-0) in check. Subsequently, they won a short but precious success against the red lantern, Norwich, last Wednesday (0-1).
For its part, Leicester has shown an excellent level this season in the Premier League. Behind the neo-champion Liverpool and his dolphin Manchester City, the surprise champion of the year 2016 is placed in 3rd place in the ranking with a small point ahead of Chelsea. Victorious of Aston Villa before the break (4-0), the Foxes, on the other hand, have a little more trouble plunging back into this end of the season. Indeed, they were held in check by Watford (1-1) then by Brigthon (0-0) and then, on Sunday, they were beaten by a short margin by Chelsea in the quarterfinals of the FA Cup (0 -1).

The staff for Everton vs Leicester

Many elements are missing from Everton for this meeting: these are the potential titular Sidibé, Yerry Mina, Delph, Walcott and Cenk Tosun and the long-time absent Gbamin (ex Lens), all injured. Less to their advantage since the recovery, attackers Richarlison and Calvert-Lewin should still retain the confidence of Carlo Ancelotti.
The Leicester coach will have to do without the incumbents Ricardo Pereira (ex Lens) and Maddison and the long-standing injured Amartey, all 3 stranded in the infirmary. Jamie Vardy is the current Premier League top scorer with 19 goals.

Key points for the match Everton vs Leicester

In the first leg, Everton was beaten in Leicester (2-1).
Everton was able to breathe this weekend as Leicester played a Cup quarter-final against Chelsea.
Coaches can make 5 replacements during the game.
This meeting will take place behind closed doors.

Leicester seem to be struggling to get back into the Premier League, and the Foxes could lose new points to an Everton team that was able to enjoy a full week of rest. Everton win or draw!