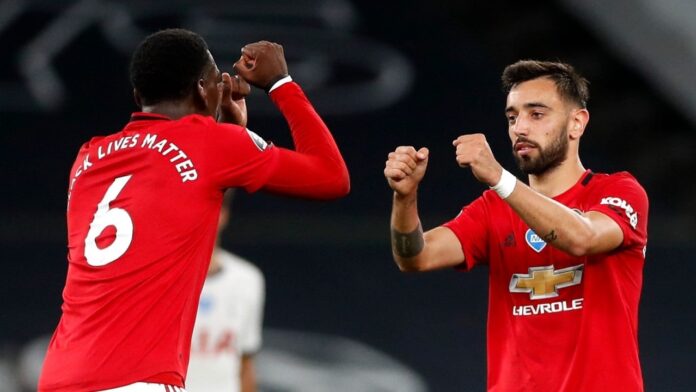 Brighton is currently 15th in the Premier League and is 6 units ahead of the relegation zone. Unable to win in the last 9 games played before the season broke (3 losses and 6 draws), the Seagulls perfectly resumed the championship after the forced break. They first won at home against Arsenal (2-1) before taking a very good point in Leicester last Tuesday (0-0).
5th in the Premier League with 5 units behind 4th place, Manchester United will have to work to secure a qualification for the next Champions League. Much more consistent during the second part of the season, the Red Devils have lost none of their last 13 games in all competitions. Since the return of the championship, they gleaned a point on the lawn of Tottenham (1-1) before easily gaining the upper hand, at home, on Sheffield United last Wednesday (3-0).

The staff for Brighton vs Manchester United

For Brighton, the potential midfielder Alzate is blocked in the infirmary with his compatriot Izquierdo, striker who plays a secondary role this season. French striker Neal Maupay (9 league goals) is available.
Manchester United coach is deprived of injured substitutes Phil Jones and Tuanzebe. On the last day, Anthony Martial distinguished himself by scoring his 12th, 13th and 14th goals in the league.

Key points for the match Brighton vs Manchester United

During the first leg, Brighton lost to Manchester United (3-1).
Coaches can make 5 replacements during the game.
This meeting will take place behind closed doors.