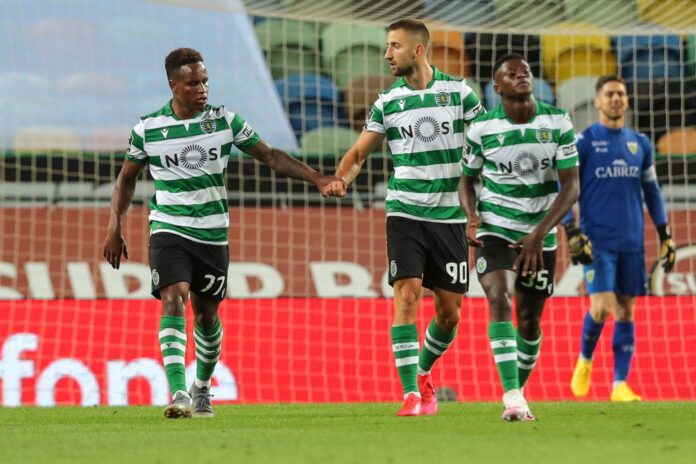 One of the terrains of Cidade do Futebol, in Oeiras, Lisbon, will be the stage, next Friday, of the meeting on the 28th round of the Liga NOS, between the Belenenses and Sporting teams. The team technically guided by Petit is in the fight for permanence and reaches this match in 13th place in the league table, with the same 30 points from Vitória de Setúbal and a provisional advantage of six for the descent zone. After a series of six straight games without losing, Belenenses was defeated, in the last round, in the visit to Paços de Ferreira (2-1). Ahead, will be Sporting, who managed to recover the 3rd place, which occupies with 49 points, two more than Braga. After winning, with some difficulty, against Paços de Ferreira (1-0), Rúben Amorim’s team triumphed, by 2-0, against Tondela, from the last matchday.

Key statistics for the match Belenenses vs Sporting

This should be a match where Sporting will be able to dominate possession and the biggest offensive initiative, facing a more expectant Belenenses and trying to explore transition situations in order to surprise the favoritism of the “lions”. Even so, with the morale strengthened after the last results, Amorim’s team promises to make life difficult for the “blue”, being the most dangerous team in the field in the last third.