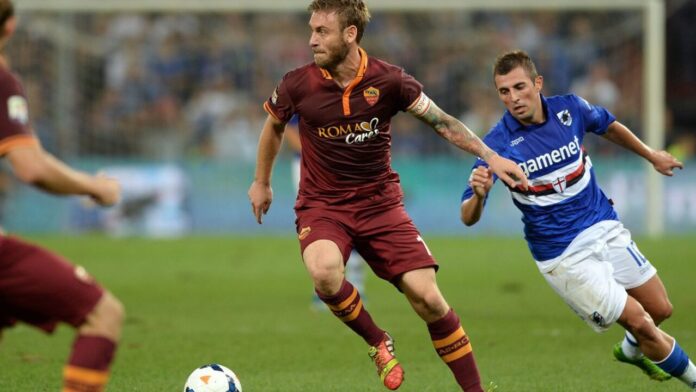 This Wednesday, Roma receives Sampdoria on the 27th day of Serie A. Roma is targeting the Top 4. Sampdoria wants to distance itself from the red zone.

5th in Serie A with 6 points behind 4th place, Roma has shown irregularity since the start of the championship and will have to whip to return to the Top 4, qualifying for the next Champions League. Defeated 3 times in a row in the league, the Giallorossi reacted well by winning their last 2 games played before the championship ended, against Lecce (4-0) and Cagliari (3-4). In the Europa League, the Louve club dismissed the Belgians from La Gantoise (1-0 victory at home and 1-1 draw away), thus composing their ticket for the 8th finals.
Sampdoria fights for its survival among the elite and ranks 16th in Serie A with a small point ahead of the relegation zone. Victorious twice in their last 3 league games played before stopping, for 1 defeat, the teammates of Fabio Quagliarella have given themselves some air in the standings. For their return to competition last weekend, they were beaten in the lair of Inter (2-1).

The staff for Roma vs Sampdoria

2 essentials are missing from the Roma side: the goalkeeper Pau Lopez and the playmaker Zaniolo, stranded in the infirmary. The excellent Pellegrini should be positioned in support of wingers Carles Perez (ex Barça) and Kluivert and striker Dzeko.
Sampdoria has to contend with the injuries of important Ferrari and Quagliarella. In the latter’s absence, Manolo Gabbiadini (2 goals in the last 3 days) should be the main attack threat.

Key points for the match Roma vs Sampdoria

During the first leg, Roma conceded the sharing of points on the lawn of Sampdoria (0-0).
Coaches can make 5 replacements during the game.
Roma played their last match in early March while Sampdoria resumed competition last weekend.
This meeting will take place behind closed doors.

In its lair, Roma can line up a third success in the league by taking the measure of a poorly classified, Sampdoria. Victory Roma!