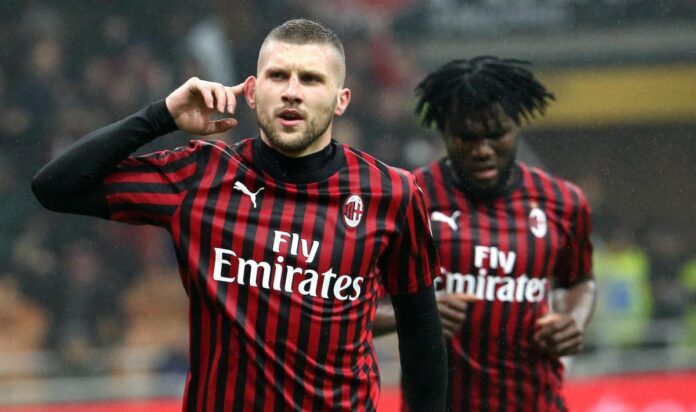 After the Bundesliga, La Liga and the Premier League, it’s the turn of the fourth major championship, the Serie A, to regain its rights! This weekend, 4 meetings were held to make up for the late games of the 25th day and get everyone back to level. This being done, the 27th day can start this Monday, June 22 with a meeting between Lecce and AC Milan at the Stadio Comunale Via del Mare.

Before the end of the competition, the Milanese were in 9th position with 36 points, only 3 less than Naples, 6th and first club qualified in the European Cup. If unlike their internal rivals, the rossoneri have not yet returned to the top of Italian football, Stefano Pioli’s men had finished 2019 very well and started 2020 well, before undergoing a small drop in speed from February.

A victory would therefore be welcome on the side of Lecce, 18th with 25 points. First relegation, the club had found Series A last summer, after having vegetated in the lower division since 2012. If the Giallorossi are doing better than the other promoted, Brescia, the fight for the maintenance will last until the end !

Key stats for the match Lecce vs AC Milan

Lecce is not sovereign at home: 6 defeats, 5 draws and only 2 victories.
Milan have an away balance, with 6 wins, 1 draw and 6 losses.
Lecce has not beaten Milan since 2006. Since then, the Milanese have won 4 and conceded 3 draws.
Before the cut, Lecce had two consecutive defeats, and in wide widths: 0-4 in Rome, 2-7 at home against Atalanta!
Brescia, Cagliari, Bologna, Parma, all these teams have lost at home to Milan since December!

Lecce kept Inter in check at the start of January, but it was one of the only great performances carried out at home by the promoted during his last outings. Overall, Milan negotiated these trips well in the weeks preceding the end of the competition, and we are counting on another success! Bet on AC Milan!