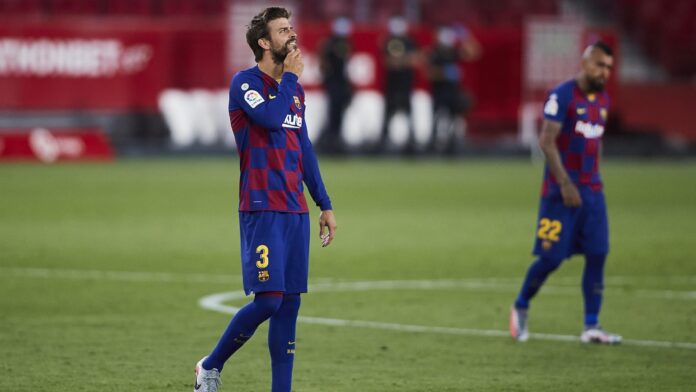 Tuesday evening, FC Barcelona will face Athletic Bilbao for a match of the 31st day of the Liga. Barça will want to react after their poor performance on Friday while Bilbao has a small chance of playing Europe.

FC Barcelona, ​​along with its Madrid rival, is one of the last two clubs to compete for the La Liga title after winning the last two editions. Less imperial this year, the Catalans have not really reassured in recent weeks since the recovery. If they easily overcame Mallorca (0-4), Quique Setien’s men had a much harder time winning over Leganes. Finally, last Friday, they could not win against Sevilla FC (0-0) and left the leader’s chair at Real Madrid.
Opposite, Athletic Bilbao has had a rather arbitrary season and is in the soft stomach of the ranking, in 9th place. However, they still have a small chance of competing in the European Cup next year because they are only 5 points behind 6th place. After drawing a draw against Atlético Madrid (1-1) and Eibar (2-2), the Basques won ahead of Bétis (1-0) on Saturday.

The staff for FC Barcelona vs Athletic Bilbao

FC Barcelona remains deprived of striker Ousmane Dembélé as well as the right side Sergi Roberto who are in the infirmary. In addition to that, the sentinel Sergio Busquets is suspended for this poster while De Jong is uncertain.
Only the former side of PSG Berchiche will not make the trip to Catalonia because he is suspended for this meeting. On Saturday, defender Inigo Martinez gave the victory to his team.

Key points for the match FC Barcelona vs Athletic Bilbao

Bilbao won on the first day (1-0) and then during the quarterfinals of the King’s Cup (1-0).
The two teams can make 5 changes during the meeting.
The match will take place behind closed doors.

Little inspired offensively in recent meetings, FC Barcelona could be held in check by an opponent who has not succeeded this season. Draw or win Bilbao