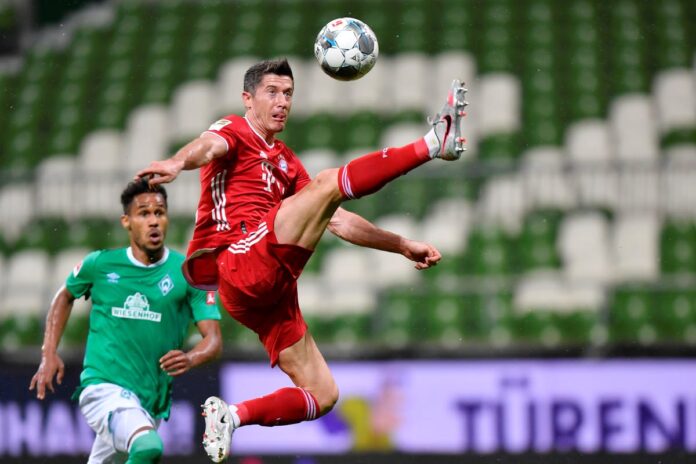 On Saturday, Bayern Munich will face Freiburg as part of the 33rd day of the Bundesliga. Bayern will want to celebrate their title while Freiburg retains a tiny chance of playing Europe.

After a failed start this season in the Bundesliga, Bayern Munich managed to raise their heads to finally win a new title of German champion Tuesday evening, their 8th consecutive. They owe this title, quite premature, to their excellent form displayed since the winter break. Intractable, the Bavarians have won their last 14 meetings in all competitions. Recently, it was Borussia Mönchengladbach (2-1) and Werder Bremen (0-1) Wednesday evening who paid the price for this state of grace.
For its part, Freiburg still has a good shot to play in the last two days. Currently 7th in the ranking, Christian Streich’s men are only a small point behind the 6th, Wolfsburg. Since their last defeat conceded against Bayer Leverkusen (0-1), they have recovered well by dominating Borussia Mönchengladbach (0-1) and have taken a good point against Wolfsburg precisely (2-2). Tuesday evening, they also defeated Hertha Berlin (2-1).

The staff for Bayern Munich vs Freiburg

On the Bavorois side, the major Tolisso, Coutinho, Alcantara and Süle are not operational. To this we add the suspension of the very young Canadian side Davies who was excluded Tuesday evening. At the forefront, the Polish striker Lewandowski is looking for the record number of goals scored in a season. Tuesday evening, it was he who offered the title to his family by scoring his 31st goal of the season.
On the Freiburg side, defender Gulde and long-term injured Ravet and Kath should not be available. In attack, center-forward Petersen scored his 11th goal of the season Tuesday night and has had an excellent season.

Key points for the match Bayern Munich vs Freiburg

Bayern came to prevail in Freiburg in the first leg (1-3).
The match will take place behind closed doors.