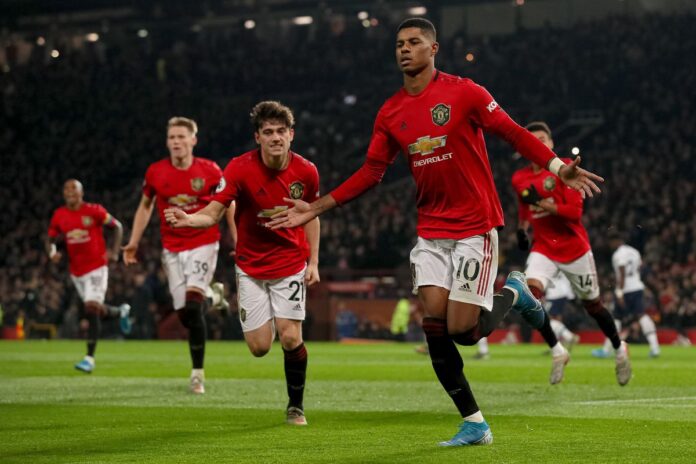 Tottenham and Manchester United face each other in London, in a match for the 30th round of the Premier League, in which we expect a lot of balance. Yes, it is true, English football is back! In José Mourinho’s reunion with the Red Devils, the Spurs will try to get closer to their opponent at the table, adding 4 points less than the Manchester emblem. Still dreaming of a place in the Champions League, Londoners and outsiders should share the lead over the 90 minutes of the challenge, not least because all 3 most recent matches between them were decided in mere details. The goal difference between these sets differs by only 7 goals and without Man Utd having conceded fewer goals, it was Tottenham who had the most goals. Before the stop the Spurs had drawn against Burnley, while the Red Devils had beaten rival Man City 2-0, after a draw against Everton. Forces cancel each other out!

Key statistics for the match Tottenham vs Manchester United

All 6 of Tottenham’s most recent domestic encounters have ended with points split or tangential wins.
13 of the last 17 clashes between these teams have ended in a draw or triumphs by the minimum margin.
In the first round there was a balance in all the parameters of the match between Red Devils and Spurs.
Man Utd has shown greater defensive consistency, but Tottenham have been more offensive.

We are waiting for a game of possession of the shared ball, with neither team able to clearly dominate the opponent. As has been the case in the duels between Tottenham and Man Utd, balance should be the dominant note.