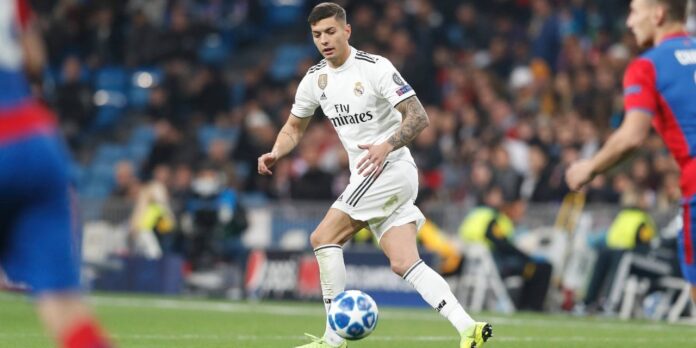 The 29th day of Liga ends Thursday evening with a meeting between Real Madrid and FC Valencia. Real Madrid can still contemplate winning the title as Valencia aims for the Champions League.

Author of a missed season last year, Real Madrid is still in the race to reach the heights this season. The White House indeed occupies the 2nd place of the classification with 2 small lengths of delay on the Barcelona rival and promises to fight until the end to gain the title. However, the players of Zizou had been inconsistent before the break in the season with 2 defeats conceded in 3 days against Levante (1-0) and Bétis (2-1). Meanwhile, they still dominated Barça in the Clasico (2-0). Sunday, for their return to business, the Merengues very quickly made the difference against Eibar before relaxing in the 2nd act, once success assured (3-1).
For its part, Valence is currently achieving a mixed season. Already eliminated from the Champions League following these two losses conceded against Atalanta Bergamo last winter (4-1 and 3-4), the club is also struggling to show its advantage in this championship. The men of Albert Celades must for the moment be satisfied with the 7th place with 4 units behind on the top 4 qualifier for the next C1. Victorious of Betis (2-1) then held in check by Deportivo Alaves (1-1), Kevin Gameiro’s teammates resumed their way to the pitch by conceding a new draw against Levante during the last moments of the game (1 -1).

The staff for Real Madrid vs Valencia FC

Real Madrid will still be unable to count on the usual substitutes, Nacho and Jovic. On the other hand, the often criticized Gareth Bale will be present. If he did not score on Sunday, Karim Benzema showed himself to his advantage by being involved in the 3 goals of his team. Also note that the Belgian Hazard scored his first goal in the league.
For Valence, the very good midfielder Kondogbia has served its suspension and may again be tenured in the heart of the game. However, the titular defender Garay will not be restored for this confrontation.

Key points for the match Real Madrid vs Valencia FC

Real Madrid came to prevail in Valencia in the first leg (1-3).
This meeting will take place behind closed doors, at the Aldredo Di Stefano stadium, with the Santiago Bernabeu under construction.

Rather convincing against Eibar, Real Madrid could have Valencia in this meeting which could see the two teams find the way to the nets. Real Madrid victory