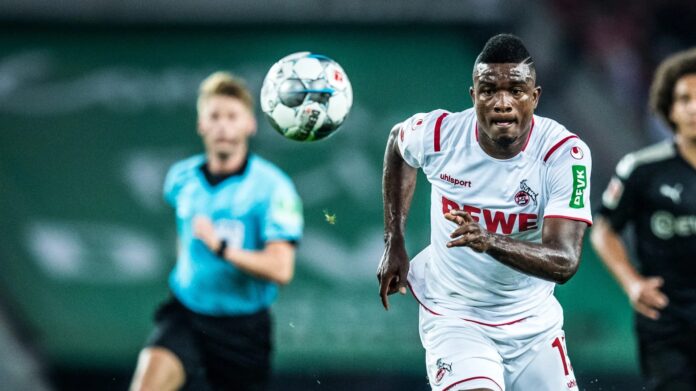 On Sunday, Cologne receives Düsseldorf at the end of the 27th day of the Bundesliga. Cologne wants to win to integrate the 1st half of the table. Düsseldorf battle not to descend.

Back in the top flight this season, Cologne has done very well so far and occupies a very honorable 10th place in the Bundesliga with a comfortable mattress 10 points ahead of the red zone. After having aligned 3 successes in a row, the partners of Anthony Modeste fell in the lair of Monchengladbach just before the interruption of the season (2-1). Last weekend, they restarted the competition by conceding, at home, the sharing of points against Mainz (2-2).
Düsseldorf is currently 16th in the Bundesliga and is 4 units behind the first non-relegation formation. Uwe Rosler’s men have been idling for some time, as evidenced by the 5 draws conceded during the last 7 days, for 1 victory and 1 defeat. For the resumption of the championship last weekend, Düsseldorf carried out a very bad operation by being held in check, at home, by the red lantern Paderborn (0-0).

The staff for Cologne vs Fortuna Duesseldorf

For Cologne, it is important to point out the defections of defenseman Czichos and of the midfielder Hauptmann. Furthermore, the potential holders Meré and Jakobs are uncertain. Colombian striker Jhon Cordoba (10 league goals) has shown great disposition this season, relegating Frenchman Anthony Modeste to a replacement role.
Düsseldorf still has to contend with injury-related absences from goalkeeper Steffen and usually substitute forwards Kownacki and Tekpetey. In galley in the offensive field, the team presents the worst attack in the championship (27 goals scored).

Key points for the match Cologne vs Fortuna Duesseldorf

During the first leg, Cologne was beaten in Düsseldorf (2-0).
The match will take place behind closed doors.

In its lair, Cologne can take the upper hand on a Düsseldorf formation more in difficulty. Victory Cologne