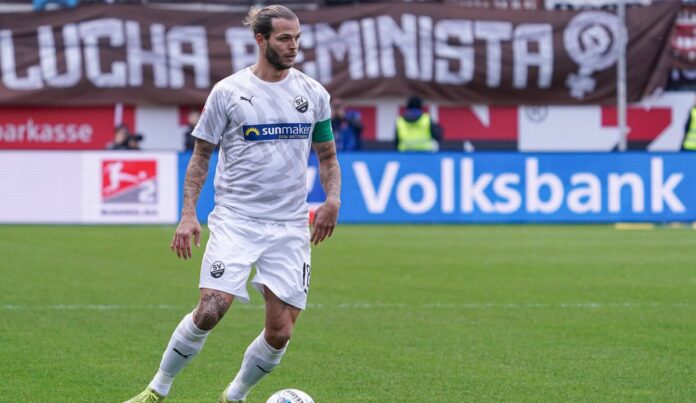 Already forced to fight for his maintenance last year, Sandhausen had finished in 15th place in the ranking. For the moment, the season is not much better for the men of Uwe Koschinat who occupy only the 14th position of the classification at 8 days from the end, with only a small point ahead of the 16th place synonymous with the jump-off . Unable to win since late January, they ended March with two draws against Bochum (4-4) and St. Pauli (2-2). Last week, the return to competition was complicated for the players of Sandhausen with a fairly large defeat (3-1) after being reduced to 10 from the 4th minute.
Opposite, Jahn Regensburg is in 10th place in this Bundesliga 2 with a 4-length lead over his opponent of the day. Author of an interesting first part of the season, the Bavarians on the other hand have much more trouble since the winter break. Moreover, before the season ended, they had lost their last 3 meetings against Stuttgart (2-0), Dresden (1-2) and Hamburg (2-1). Returning to business last week, they tied Holstein Kiel (2-2) after being led 2 goals 15 minutes from the end of the game.

The staff for Sandhausen vs Regensburg

For Sandhausen, the team’s executives are goalkeeper Fraisl, defenders Diekmeier, Zhirov, Nauber and Paqarada. Superseded last weekend, striker Behrens and his 11 goals scored this season, will be back unlike replacements Karl and Znga who are in the infirmary. Finally, the defender of the Diekmeir defense will be absent after being expelled in the last match.
On the Regensburg side, goalkeeper Meyer, defenders Correia, Nachreiner and Okoroji, midfielder Besuschkow, wingers Stolze (4 league goals) and George (4 goals) and forwards Albers (6 goals) and Grüttner (8 goals) form the spine of this formation. In addition, defender manager Saller will be back from suspension, while the less used Palacios, Palionis and Schneider are unable to hold their place.

Key points for the match Sandhausen vs Regensburg

The meeting will take place behind closed doors.
Regensburg won in the first leg (1-0).

Capable of finding resources to react last week, visitors could come and find a result on the Sandhausen field on Saturday. Regensburg draw or win