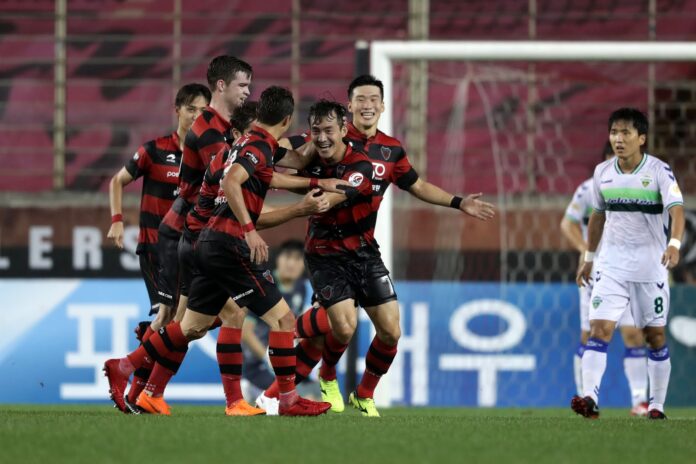 In the second round of the Korean K-League we will have in Daegu the confrontation between the local team of Daegu and the formation of Pohang Steelers. These were two teams that scored in the first round, with Daegu only getting one point and Pohang’s team getting the first three points in the first round.

These were two teams that last season qualified for the finals of the Korean championship, none of which managed to qualify for the Asian Champions League.

Daegu’s formation comes to this journey with a point won as a result of a draw in the trip to Incheon’s ground in a zero equality.

Daegu’s side had an upside in the match but failed to score a goal in the match and is going to this second round without getting the first victory. Daegu’s formation of the teams that went to the finals was the worst team to play at home.

The team of Pohang Steelers started this championship in great form, having already three points as a result of a victory at home against Busan by two balls to zero.

The Pohang Steelers thus begin the search for the sixth title in their history in the best way, a team that was last champion in the year 2013 and that last season ended in the fourth position of the last season getting very close to qualifying for the League of Asian champions.