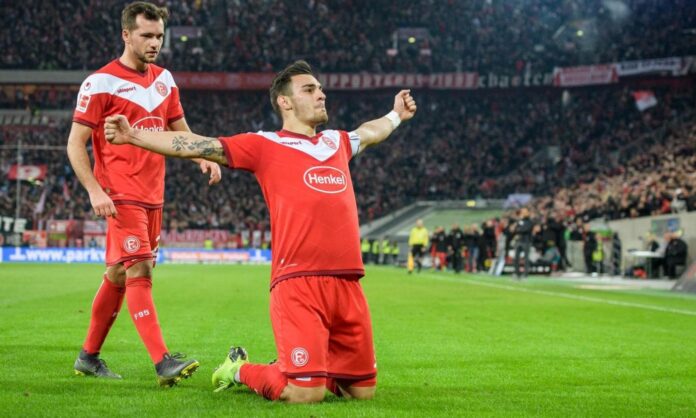 The 26th day of the Bundesliga will resume on Saturday May 16 with notably the meeting between Fortuna Düsseldorf and Paderborn. It is a 6-point match for the maintenance between two relegables.

It is not easy this year for Fortuna Düsseldorf which finds itself in the midst of a struggle to keep it a few days away from the end of the season. Indeed, the club occupied the 16th position of the classification, synonymous with jump-offs with 4 points behind the first non-relegation. On the other hand, before the break, Uwe Rösler’s men had not lost since 3 games. After winning in Freiburg (0-2), they shared the points with Hertha Berlin (3-3) and Mainz (1-1) but were still out of the German Cup by the modest 4th division club of Sarrbruecken (1-1, 7-6 Tab).
For its part, Paderborn seemed on the right track to return to where it came from, that is to say on the lower floor. This team closes the rankings and is 10 points behind the 15th, and 6 less than its opponent of the day, the barragiste. Before the spread of the coronavirus, the dynamics of Paderborn did not encourage optimism since the club had just lost its last 4 games played against Hertha Berlin (1-2), Bayern (3-2), Mainz (2 -0) and Cologne (1-2).

The staff for Fortuna Duesseldorf vs Paderborn

For Düsseldorf, goalkeeper no. 1 Steffen, no. 2 Wesnier and substitute Kownacki were on the flank before confinement but could be reinstated. Against Mainz, the young Turk Karaman scored his 4th goal of the season but remains far behind Hennings and his 11 goals.
Paderborn should no doubt recover the defender of his defense Kilian, midfielder Michel, the substitute defender Hunemeier as well as his main offensive weapon Mamba.

Key points for the match Fortuna Duesseldorf vs Paderborn

Paderborn won the first leg (2-0).
Paderborn had lost its last 4 games before the break.
The match will be played behind closed doors.
The two teams have not played for 2 months and could lack automation.

The Fortuna could have taken advantage of the truce to recover in good conditions and start afresh in the fight for maintenance. This could be manifested by an entry victory against the worst team in this Bundesliga.