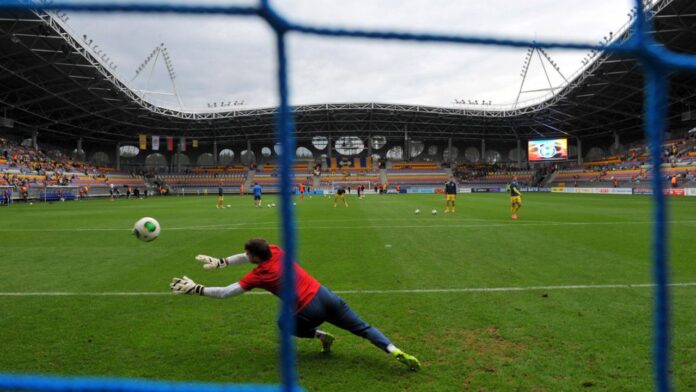 The second force of the Belarusian championship goes to visit Slavia Mozyr on the eighth day of the Vysshaya Liha. Torpedo Zhodino is only two lengths from the top, after the exciting victory obtained on the field of FC Minsk, distorted by the manita trimmed by Gorbachik (author of a hat-trick) and companions. In the next round, Puntus’ team will challenge Slavia, returning from the success in the external comeback on Vitebsk. Martinovich’s team took the lead thanks to a penalty converted by Nahr, but then found themselves 2-1 until 87, when Slysuar rekindled his hopes with the goal of the momentary draw. Slyusar himself took care of the winning goal, scored a minute later from a penalty kick. A very lucky victory for Slavia Mozyr who however showed tenacity and thus found the victory that was missing from four games, between the league and the cup. The next match will be played at the Stadion Junosť where the hosts beat BATE in the league debut in front of their audience and then scored (1-1) and lost (1-3 against FC Minsk). . For their part, the guests appear at the appointment galvanized by the success of last weekend and by a second place alone just two points from the top of the ranking.

The key points of the prediction Slavia Mozyr vs Torpedo Zhodino

In the last five league-cup games, Slavia have only won one game in the last league round.

Zhodino only lost one game in Vysshaya Liha’s top seven.

In the four away matches so far, Zhodino has won two, drawn one and lost one.

In five games Zhodino has kept the clean sheet.

Slavia Mozyr have conceded a goal in their last four consecutive matches.

Given the lucky victory of Slavia in the last round and the greater defensive solidity of the opponents who must continue to win in order not to lose ground from the top, we bet on Zhodino for this game.