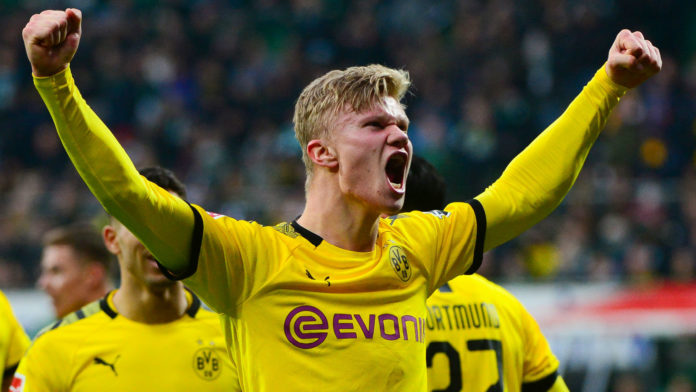 It is very evident that Real Madrid has not yet found someone capable of having approximate productivity to Cristiano Ronaldo, and after the failed experience with Luka Jovic this season, the Merengue management should invest in another striker for the 2020-21 season …

We need to give another boost to the attack

Looking at what Real Madrid’s season has been under the baton of Zinedine Zidane it will not be difficult to conclude that the team is playing good quality football today, however, it continues to have great difficulties to materialize that football in goals too often .

The team has been superior to Barcelona in the direct matches of the season, but is behind its rival in the Spanish La Liga due to some matches where the inefficiency of the team was stark. Karim Benzema started very strong in the season assuming the place that had once been Cristiano Ronaldo’s, but he would return to normality after a short injured period, and today it seems clear that the Frenchman does more by sharing the attack with another scorer.

The French striker has always done more by working as a pivot, holding the ball and releasing it to other teammates, scoring several times, but also watching frequently. Thus, the big question for Real Madrid is to find a player who can be above all a relentless scorer who resolves difficult matches and materializes the good football played from the back by the team.

Luka Modric, Toni Kroos, Fede Valverde, Casemiro, Isco or Vinícius Júnior are adept at creating offensive football, but they need someone to put the ball in the back of the net with coolness. But who will be that player, and what amount will it be necessary to spend to have it?

The great striker of the moment in European football is Erling Haaland, who has had an absolutely exceptional season. Between RB Salzburg and Borussia Dortmund, the 19-year-old Norwegian has already scored 40 goals this season and nine other assists in just 33 official matches.

In the Bundesliga, the Borussia player scores a goal for every 55 minutes on the pitch and that is truly amazing for such a young player. He has managed to impose himself unequivocally in the German formation and can now quickly make the leap to another colossus of European football.

Many wondered why Haaland signed for Borussia Dortmund in January, and now this seems clearer since the player has taken a stake in the club increasing his international reputation, and it should also be noted that he signed a contract that includes a termination clause of 75 million euros from next summer.

This can be an excellent deal for both parties as Dortmund can make a player profit in just six months in a stratospheric manner, having exercised the player’s clause in RB Salzburg for just 20 million euros, and selling it now for almost four times more, less than a year later.

Haaland would also win because he would use the German club as a launching pad for an even bigger club like Real Madrid for an affordable price for the Spanish.

Alternatives on the table

Despite giving the feeling that Haaland is the most logical option at this stage given the value of his termination clause and his margin of evolution at just 19 years old, the truth is that Zidane has other options flagged.

With Kylian Mbappe practically out in the short term as PSG could lose Neymar in the summer and will not want to lose his two biggest pearls at the same time, the merengue team can turn to RB Leipzig’s Timo Werner. The striker for the German national team has risen to pulse in European football and has already scored 27 goals and 12 assists this season, but he is a more mobile and less lethal striker in the penalty area than Haaland, offering greater unpredictability when appearing in zones further away from the area, but perhaps not truly fulfilling the role that Real Madrid needs most at this stage.

Werner is valued at 80 million euros and at the age of 24 he is one of the greatest assets of the Leipzig club so a deal would never be made below 60 million euros. The other option placed on the table by the Spanish sports newspaper Marca is Lautaro Martinez. The 22-year-old young Argentine striker has made his mark at Inter Milan this season with 16 goals scored.

In fact, it could be the least expensive option for the club and perhaps a proposal in the order of 40/50 million euros would be enough to convince Inter Milan managers to release him, but like Werner I think it doesn’t quite fit. in the profile desired by the Spanish club.

Erling Haaland could fit like a glove at Real Madrid, and who knows if Borussia Dortmund would not be willing to lower the value of the deal if they received Luka Jovic as a bargaining chip, a player who spoke in the Bundesliga at the service of Eintracht Frankfurt …

Transfer market at the time of the virus, all possible changes