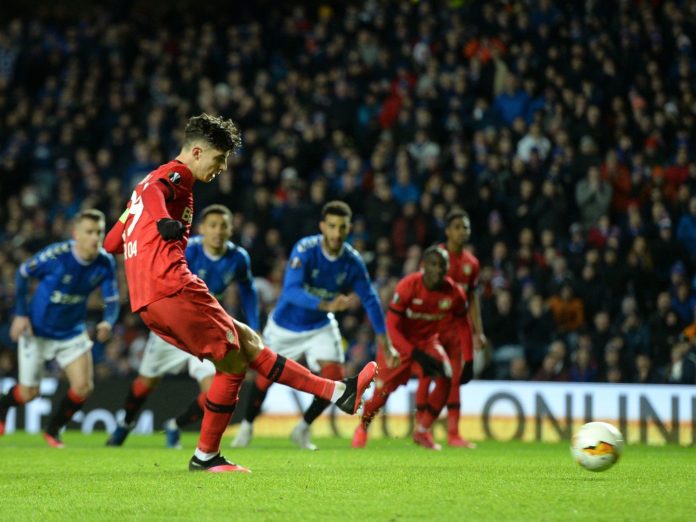 What a hassle for Werder Bremen who have only 9 days left to reverse the trend while a relegation is looming. Indeed, the club is only 17th and penultimate in the ranking and it now has 8 points behind the first non-relegation and 4 on the roadblocker. After being beaten 5 times by Hoffenheim (0-3), Augsburg (2-1), Union Berlin (0-2), Leipzig (3-0) and Borussia Dortmund (0-2), the players Florian Kohfeldt finally stopped the bleeding by taking a point against Hertha Berlin last weekend (2-2).
For its part, the Bayer Leverkusen returns like a rocket in the race for the podium and has just seized 4th place in the ranking with 3 points behind now in 3rd place. In great form, Peter Bosz’s players have won 4 of their last 5 days against Dortmund (4-3), Union Berlin (2-3), Augsburg (2-0), Leipzig (1-1) and Eintracht Frankfurt last week. This week, they are traveling to the grounds of the Glasgow Rangers to play their 1/8 final round of the Europa League.

The staff for Werder Bremen vs Bayer Leverkusen

Major Toprak, Fullkrug, Bartels and Barfrede, incumbent goalkeeper Pavlenka and less-used Mohwald will all be missed.
The Bayer remains deprived of the striker Volland and the midfielders Bender and Amiri who remain trapped in the infirmary. Against Frankfurt, the young Brazilian Paulinho distinguished himself by scoring a double.

Key points for the match Werder Bremen vs Bayer Leverkusen

The two teams neutralized each other in the first leg (2-2).
Werder Bremen have lost 9 times in their last 11 Bundesliga games.
Bayer Leverkusen have scored at least 2 goals in 10 of their last 12 games.
With 55 goals conceded, the Werder has the worst defense in Germany.