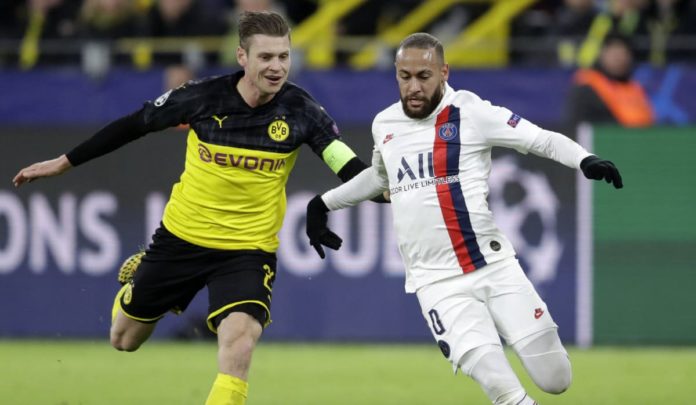 Next Wednesday, the Parc des Princes in Paris will host the second leg of the Champions League round of 16 encounter between the teams of Paris Saint-Germain vs Borussia Dortmund. In the first leg, the Germans surprised and beat the French 2-1, so they have an advantage in this game. PSG responded positively to the defeat in Germany, winning after that against Bordeaux (4-3) and Dijon (4-0), for Ligue 1, and Lyon (5-1), for the French Cup, in the middle from last week. At the weekend, the Tuchel side saw their game with Strasbourg postponed. Dortmund appear in an excellent form, with five straight victories. After beating PSG, the Germans beat Werder Bremen (2-0), Friborg (1-0) and Borussia M’gladbach (2-1).

Key statistics for the match PSG vs Borussia Dortmund

The total average of goals scored and conceded in the last 5 games for PSG is 5.6. The French team scored 18 and suffered 10.
In 60% of Borussia Dortmund’s last 5 games, the market with more than 2.5 goals has been fulfilled.
The first-leg match defrauded the expectations of the French, who lost 2-1 in Dortmund in a game that had three goals but was only unlocked in the 69th minute.

This will be a challenge between two teams with enormous quality in their respective offensive processes and with slight deficiencies to defend. At home, PSG will be forced to dominate and respond to the defeat of the first leg, in order to be able to move forward in the longed for “Champions”, against a Dortmund who is not cut to play defense and who will certainly try to score a goal that increase your hope in the draw. For the expectation of a game with many opportunities, there will be value in the market of over 3 goals, odds 1.53.