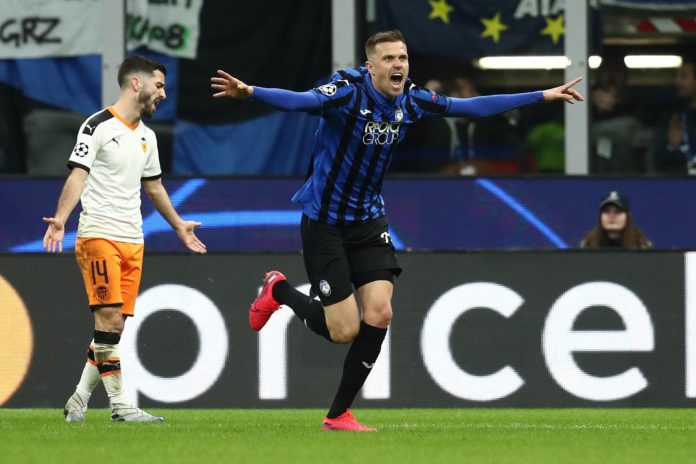 This Tuesday night at Mestalla, Valencia host Atalanta counting for the second leg of the Eighth in the Champions League. Valencia are in 7th place in the Spanish league with 42 points won, with 11 wins, 9 draws and 7 losses.

His goal metric counts with 38 goals scored and 39 conceded, with an average of 2.9 goals per game.

Their home performance has been strong, adding 8 wins in the 13 rounds as visited. In the last matchday, he recorded a draw with 1 ball when traveling to Alavés.

Atalanta occupies the 4th place in the Italian championship with 48 points won, with 14 wins, 6 draws and 5 losses. With regard to goals, he has 70 goals scored and 34 conceded, with an average of 4.2 goals per game.

His foreign performance has been strong, with 8 wins in 13 rounds as a visitor. In the last round, they registered a 7-2 victory in the visit to Lecce’s field.

I believe that we will see a fertile match when it comes to goals, with the over 3 line to be fulfilled.

The first leg in Bergamo ended with Atalanta’s 4-1 victory and in this sense will have a foot and a half in the next stage.

It remains for Valencia to try to make a miracle, knowing that they have nothing to lose and will have to reduce a difference of 3 goals.

To do this, they will have to adopt a very offensive stance that allows them to score early and have some hope of qualifying.

The good news is that in Mestalla there have been very few times when he doesn’t score goals and the bad one is due to the fact that the team already has habitual difficulties to defend, which should be more naked with the greater space given to the very strong attack of the Atalanta.

Presenting nothing less than the 2nd most concrete attack of the 5 main European championships, (only behind PSG), the Bergamo formation has enough arsenal to fulfill the line on their own, although the ché team can and should contribute to seeing again a rich encounter in this sense.