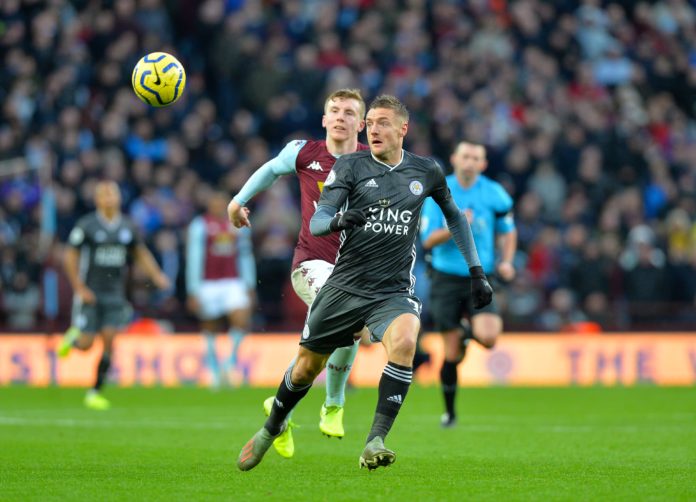 This Monday evening, Leicester receives Aston Villa at the end of the 29th day of the Premier League. Leicester hopes to resume its march forward. Aston Villa struggles to maintain it.

3rd in the Premier League, Leicester has exceeded all expectations this season. On the podium since almost the start of the season, the Foxes have been much less consistent for a few weeks now, as evidenced by the only success gleaned in the last 7 days, for 4 defeats and 2 draws. Last weekend, they confirmed their current difficulties by losing to the Norwich red lantern (1-0). Despite a good 5-point lead over 5th place, the team will no doubt have to show another face if they want to keep their place in the Big 4. In the middle of the week, Leicester composted their ticket for the FA quarter-finals Cup by winning at home against Birmingham (1-0).
Back in the elite this year, Aston Villa logically fights for its maintenance and appears in the 19th and penultimate rank of the Premier League with 2 points behind the 1st non-relegationable formation. In trouble, the Villans have lost their last 3 league games played in Bournemouth (2-1), against Tottenham (2-3) and Southampton (0-2). Last weekend, they lost to Manchester City in the Carabao Cup final (1-2).

The staff for Leicester vs Aston Villa

Leicester coach Brendan Rodgers recovers his top scorer Jamie Vardy (17 goals) and remains only deprived of replacements Amartey and Nampalys Mendy. In difficulty in the offensive field, the Foxes have not found the way of the nets during the last 3 days.
4 elements are missing at Aston Villa this weekend: they are Heaton, McGinn and Wesley (2nd top scorer) and substitute goalkeeper Steer, injured. The indispensable Captain Grealish should be positioned in support of the striker Samata recruited this winter. The team has the worst defense in the championship (52 goals conceded).

Key points for the math Leicester vs Aston Villa

During the first leg, Leicester easily won in the den of Aston Villa (1-4). On the other hand, opposed to Leicester in the Carabao Cup semi-final, Villa created the surprise by coming out victorious after the double confrontation (1-1 away and 2-1 at home).

Reinvigorated by its success acquired in FA Cup and the return of Vardy, Leicester will be keen to resume its advance in the league by dominating the relegation Aston Villa, defeated in the last 3 days. Leicester victory