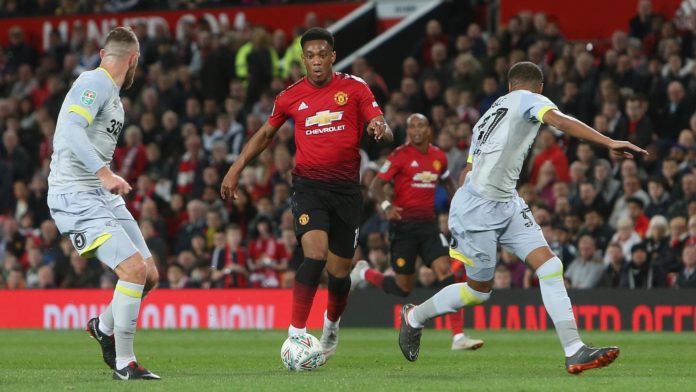 In the last match for the 5th round of the FA Cup, the Manchester United team is scheduled to travel to Pride Park Stadium, next Thursday, to face the Derby County team. The team led by Philip Cocu has had an average campaign in the Championship and has reached this stage of the FA Cup after eliminating Crystal Palace and Northhampton. After four games without a win, Derby won last Saturday against Sheffield Wednesday (3-1). On the other side, there will be a Manchester United who has the dream of winning this trophy, at a stage of the season when he is showing improvements in the various moments of his football. After qualifying in the Europa League, with a 5-0 defeat by Club Brugge, the Solskjäer team drew (1-1) in the visit to Everton, for the Premier League, last Sunday.

Key statistics for the match Derby County vs Manchester United

Derby County has won 1, tied 2 and lost 2 of the last 5 matches.
Manchester United have not lost for 8 consecutive games, period in which they have won 5 games and drawn 3.
The last match between the two teams, at Derby’s, dates back precisely to the FA Cup tie in 2016, with Manchester United winning (3-1).

This should be a game where Manchester United will have some supremacy, due to the positive moment it is going through, mainly driven by the arrival of Portuguese Bruno Fernandes. At home, Derby may try to share the expenses of the game, which will eventually provide more space for the “red devils” to be able to create engaging plays and fulfill the favoritism with which they arrive for the game. It will be a value bet, therefore, the victory of Manchester United, odds 1.56.