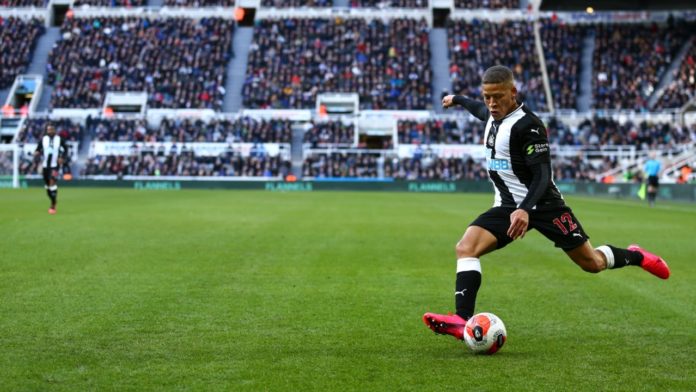 This Tuesday, West Bromwich receives Newcastle for the 8th finals of the FA Cup. Both teams want to advance to the quarterfinals.

To rise to this level of competition, West Bromwich won on the lawns of Charlton (0-1) and West Ham (0-1). The team has had a great season so far and is leading the Championship with a 6 point lead over 3rd place. Last weekend, the leader was surprised at home by Wigan (0-1), putting an end to a positive streak of 6 games without a loss (5 wins and 1 draw).
In the previous rounds, Newcastle struggled to get the upper hand over Rochdale (1-1 away and 4-1 at home) and Oxford United (0-0 at home and 2-3 away after extra time). In the league, the Magpies are 14th in the Premier League and are 5 units ahead of the red zone. Unable to win in the last 5 days (2 defeats and 3 draws), they have dangerously come close to relegation. Last weekend, the team was held at home by Burnley (0-0).

The staff for West Bromwich vs Newcastle

For West Bromwich, West Brom is deprived of its Egyptian international defender Ahmed Hegazi who joined the important circles Grady Diangana and Nathan Ferguson in the infirmary, while the winter recruits Callum Robinson and Kamil Grosicki are both unqualified. Midfielder Romaine Sawyers must also serve him his last suspension game. Welsh international goalscorer Robson-Kanu will be there too.
Newcastle’s workforce is diminished by the packages of potential incumbents Willems, Krafth, Dummett, Clark and Carroll and long-time absentee Colback. Replacing last weekend, the former Nice Saint-Maximin is uncertain but the winter rookie Lazaro is back from suspension.

Supported by his fans, the Championship leader seems to have the assets to avoid defeat against Newcastle which has been experiencing some difficulties in recent times.