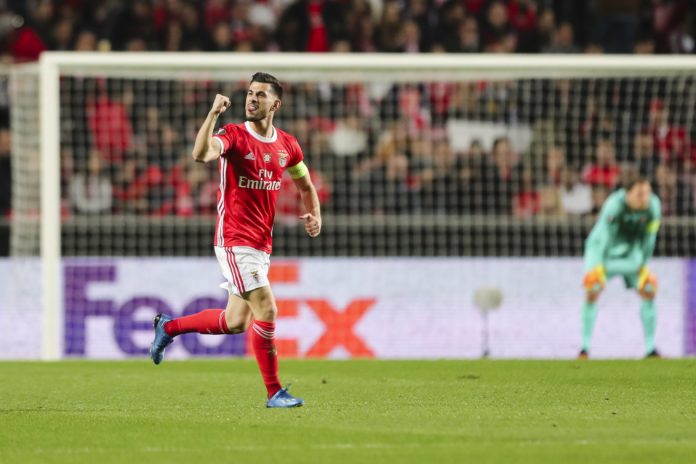 Benfica, which occupies the 1st place in the championship with 57 points, receives the formation of Moreirense at the Estádio da Luz (Lisbon) who is currently 11th in the league table with 26 points, in a game counting for the 23rd round of the Portuguese championship.

Benfica, leader of the Portuguese championship with 57 points, thanks to 19 victories and 3 draws, with a ten point advantage to their most direct opponent, FC Porto, arrives in this match after the elimination of the Europa League, where after the defeat suffered by Ukraine against Shakthar, in the middle of the week, the reds did not go beyond a draw to 3 balls, making the European performance of Benfica ended in that encounter .

The reds led by coach Bruno Lage, do not live the best moments of this season, where in the last 6 matches, they only managed to beat Gil Vicente in Barcelos, counting on 2 draws and having suffered 3 losses in February alone.

Even so and in front of their audience, the eagles managed 12 consecutive victories for all competitions, having failed to win the last 2 meetings in Luz.

Moreirense, I believe that with the quality of his squad he could be performing better in this edition of Liga NOS, and the 11th position occupied by Moreira de Cónegos’ men, is clearly a quiet position, foreseeing a rest of the championship without big jerks.

The difference for relegation places is already considerable, now having to look up the league table.

The team now coached by Ricardo Soares, lives the best moment of the season, with 4 consecutive games without any defeat (2 wins against Gil Vicente and Sta Clara and draws against Vit Setúbal and Portimonense).

Out of doors, comes from 3 games without losing.

After the elimination of the Europa League, Benfica is only focused on the championship, where they already had 7 points of advantage in the leadership, having currently only 1, which makes the margin of error null, so I anticipate a one-way match, with Bruno Lage’s players coming in strong and putting pressure on the opponent as has been a prerogative in Luz.

Not being able to afford to lose points at home and facing a team theoretically much lower than Benfica, the men of the house are widely favorites to win the match.