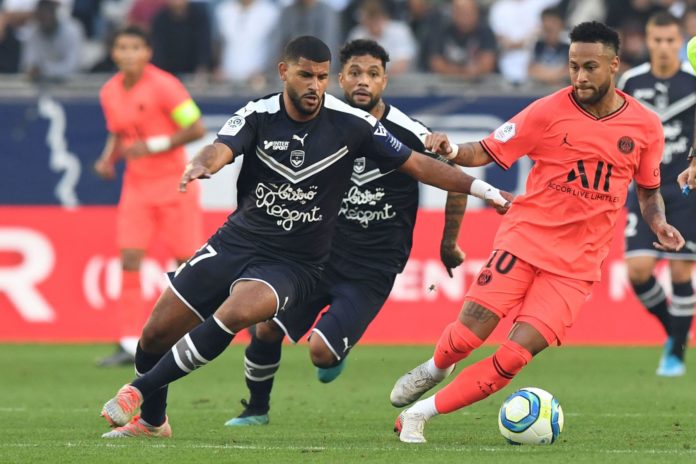 Sunday, Nice goes to the field of Bordeaux for a meeting of the 27th day of Ligue 1. The two teams are in the soft stomach of the ranking and will want to prevail to nurture ambitions at the end of the season.

As usual finally, Bordeaux finds itself in the soft belly of the classification of this Ligue 1 with an average assessment of 35 points taken during the first 26 days. However, the Girondins are only 4 points behind in 5th place and can still hope for a place in the European Cup in the event of a good series. After having aligned 5 games in a row without defeat including a victory in Metz (1-2) and a draw against Dijon (2-2), the men of Paulo Sousa were logically beaten by PSG (4-3) last Sunday .
Opposite, OGC Nice is in 10th place in this Ligue 1 with 2 units ahead of its opponent of the day. Never really in a position to have big ambitions, the Aiglons suffer too much from their irregularity. Held in check by Reims (1-1), they were beaten at home by Nîmes (1-3) before logically winning against Toulouse (0-2). Last week, they were joined by Brest after leading 2 goals (2-2).

The staff for Bordeaux vs Nice

Winter rookie Oudin is the only injured player on the Bordeaux side. Not convened last week, former executives Briand, Mexer and Ait-Benasser are all applying for a place in the group.
For Nice, the excellent right side Atal and the playing master Cyprien remain in the infirmary. Finally, Boudaoui should return from suspension.

Probable compositions for Bordeaux vs Nice:

Key point for the prediction Bordeaux vs Nice

Bordeaux have scored and cashed in their last 4 games. Same observation during 8 of the last 9 meetings in Nice.

Back home, Bordeaux could win against an irregular Nice team.