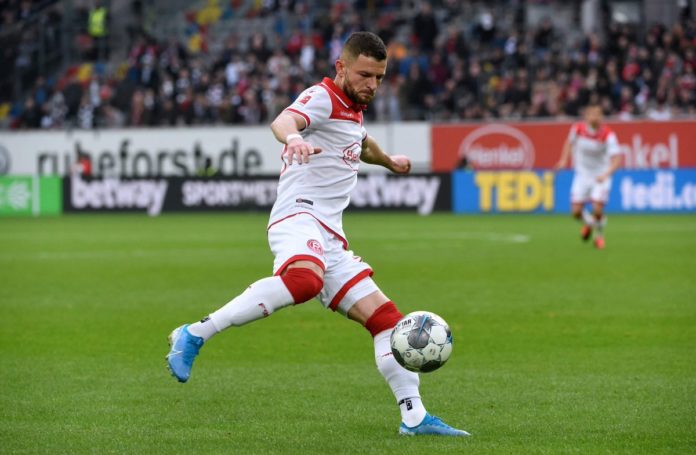 Rather convincing last year with a 10th place obtained at the end of the season, Fortuna Düsseldorf is much more in difficulty this year. Indeed, Uwe Rosler’s men are only 16th in the ranking with 17 points on the clock. After having started 2020 with two defeats against Werder Bremen (0-1) and Bayer Leverkusen (3-0), they were held in check by Eintracht Frankfurt (1-1). After winning in the Cup against Kaiserslautern (2-5), they got a new point in Wolfsburg (1-1) last weekend.
For its part, Borussia Mönchengladbach still plays the title. The foals are 4th in the ranking with 4 points behind Bayern but they did not play last week after the postponement of their match against Cologne. After starting the year with a defeat against Schalke 04 (2-0), Marcus Thuram’s teammates then won against Mainz (3-1) before drawing a draw against Leipzig in their last meeting (2- 2).

The staff for Fortuna Duesseldorf vs M Gladbach

On the Düsseldorf side, new arrivals Valon Berisha (on loan from Lazio) and Skrzybski (ex-Schalke), and replacement Karaman are still missing. In addition, the titular defenses Bodzek and Suttner and the little-used striker Kownacki are also absent.
Among the visitors, defensive executives Jantschke and Bensebaïni and the important Kramer are still missing while top scorer Pléa will be back from suspension.

Key stats for the match Fortuna Duesseldorf vs M Gladbach

Borussia won in the first leg (2-1).
Mönchengladbach hasn’t played for two weeks after last week’s postponement.
Fortuna have only won one game since November 3.

More convincing than their opponent of the day, the players of Mönchengladabch could come to prevail against Fortuna Düsseldorf.