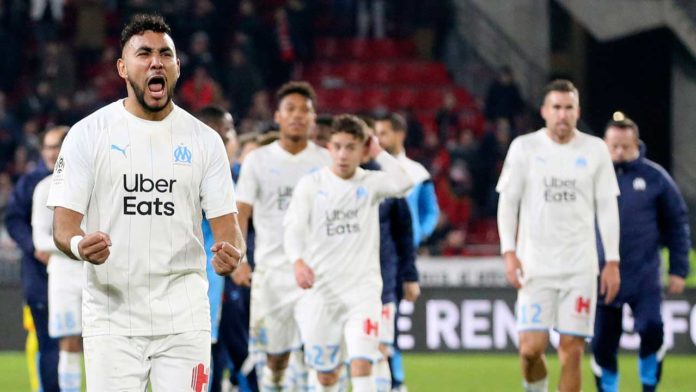 Wednesday evening, OL welcome OM to the quarter-finals of the Coupe de France. Both teams will want to access the semi-finals of the competition.

The Lyon improvement seems to have ended. Author of a very good start to the year 2020 with 7 victories won in all co-competitions, the Gones have significantly slowed down the pace in recent days. Indeed, they were beaten on the field of Nice (2-1) then they could not accelerate against Amiens last Wednesday (0-0). Sunday evening, they suffered for almost an hour lightning from PSG before rebelling, ultimately without success (4-2). In the standings, Rudi Garcia’s men therefore dropped to 9th place, 7 lengths from the podium. Earlier in the competition, the Rhôdaniens released Bourg Péronnas (0-7), Nantes (3-4) and Nice (1-2).

Opposite, Marseille has a full season in the league and is placed, with 49 points, in 2nd place in the ranking with 12 lengths behind PSG. But above all, the Olympians stand out for their solidity. Indeed, they have not lost since the end of October all competitions and have just aligned 16 games in a row without defeat. After bringing back a draw from their trip to Bordeaux (0-0), the Phocaeans returned to success by winning in front of Saint-Etienne (0-2) then Toulouse (1-0) with more difficulties on Saturday evening. Earlier in the competition, André Villas-Boas’ men released Trélissac (1-1, 3-4 tab), Granville (0-3), and Strasbourg (3-1).

The staff for Lyon vs Marseille

For Lyon, the indisputable holders Depay, Reine-Adélaïde, Dubois and Koné and the young Solet are still unavailable. Sick Sunday evening, Cornet could return. Finally, the latest winter recruit Guimaraes has returned to France and could make his first appearance in the Lyon group.
On the Marseille side, Florian Thauvin is still recovering. Otherwise, everyone should be available on the Marseille side. Against Toulouse on Saturday, Payet scored his 8th goal of the season.

The compositions for Lyon vs Marseille

The history of confrontations Lyon vs Marseille

Marseille won in the league in the first leg (2-1).

Key points for the match Lyon vs Marseille

– Lyon has many absent.
– Lyon has not won in 3 games.
– Marseille remains on 15 games without defeats.
– Lyon has lost all its matches against competitors on the podium this season.
– Both teams have been playing a lot lately and seem to be sticking out their tongue for a while.

These two teams could cancel each other out in this match after regular time.