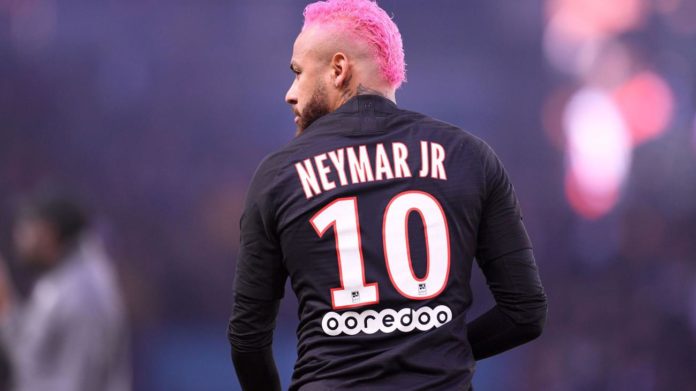 Sunday, Lyon moves to the Parc des Princes during the shock of the 24th day of Ligue 1. PSG wants to keep its lead at the top of the ranking while Lyon hopes to get closer to the podium.

With 19 victories won in the first 23 days of the championship, PSG leads the ranking with 12 points ahead of the Marseille rival. Still qualified in the two national cups and in the Champions League, all the lights are green for the Ile-de-France club which can still have a full season. Undefeated since November 2, Thomas Tuchel’s men have won their last 7 games in all competitions. They have just beat Monaco (1-4), Lille (0-2), Montpellier (0-5) and finally Nantes (1-2) Tuesday evening during a meeting where they ended up getting scared after mastering the first 70 minutes.

For its part, Lyon is still dragging a totally missed start to the season, the worst it has experienced in over 25 years. Indeed, OL is only 6th in the ranking and still have 7 points behind the 3rd step of the podium occupied by Stade-Rennais. After perfectly negotiating its first meetings in 2020 and winning 7 victories in a row in all competitions including the last against Toulouse (3-0) and Nice in the Coupe de France (1-2), the Gones fell last Sunday against Nice again (2-1). Wednesday evening, the men of Rudi Garcia were also very disappointing against Amiens (0-0) and did not reassure themselves before this perilous trip.

The staff for PSG vs Lyon

Absent Tuesday in Nantes, Thiago Silva should return to the group, but a priori not Marquinhos, Bernat and Neymar. On the other hand, the substitutes Diallo, Herrera and Dagba are forfeited for this part. Facing Nantes, Di Maria was illsutré by scoring his 7th goal of the season while Mbappé (14 achievements) remained silent. He should still hold in this match.
Lyonnais side, the Depay, Reine-Adélaïde, Dubois and Koné executives and the young Solet are still unavailable. Suspended against Amiens, the side Rafael and Marçal should be back unlike the last winter recruit Guimaraes who is still in the selection.

The compositions for PSG vs Lyon

The history of confrontations PSG vs Lyon

During the first leg, PSG had just won on the field of Groupama Stadium (0-1).

Key points for the match between PSG vs Lyon

🔸 PSG has room on all its other competitors in Ligue 1.
🔸 PSG are playing a decisive match against Dortmund in the Champions League in 10 days.
🔸 PSG is much higher on paper.
🔸 Lyon has lost all its matches against competitors on the podium this season.
🔸 Lyon is still deprived of many executives.

Despite the Champions League match against Dortmund which is approaching, the Parisians seem quite able to win against a Lyon team which has struggled to be level with the big guys this season.