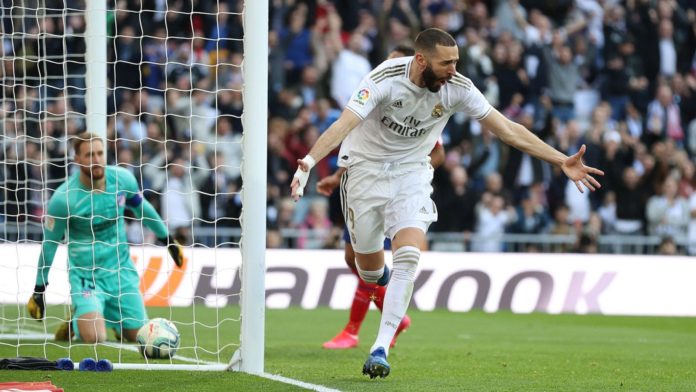 With 49 points won since the start of the season, Real Madrid are leading the ranking in Spain with a 3-point lead over the Barcelona rival. All competitions combined, the Merengues have won their last 8 games, ie all those disputed in 2020. After defeating Real Valladolid (0-1), Zinedine Zidane’s men also dominated the neighbor of Atlético on Saturday (1-0 ). Earlier in the Copa del Rey, they won against Salamanca (1-3) and Zaragoza (0-4) last week.
For its part, Real Sociedad is one of the teams that can afford to be ambitious at the end of the season. Indeed, the Basques are 8th in the ranking only 5 points from the podium. However, they have lost 3 of their last 4 meetings against Villarreal (1-2), Bétis (3-0) and Leganes (2-1) last weekend with a success in the meantime against Mallorca (3-0 ). In previous rounds, Willian José’s teammates ruled out Espanyol (2-0) and Osasuna (3-1) last week.

The staff for Real Madrid vs Real Sociedad

Zinedine Zidane still cannot count his offensive executives Hazard, Bale, Asencio. Against Atlético, it was the inevitable Karim Benzema who scored the victory goal, his 13th of the season in the league.
Basque side, the middle circles Illarramendi, Llorente, Moya and Zurutuza as well as the very good Mikel Merino should not make the trip to the capital for this meeting.

In the league, Real Madrid won on its own ground (3-1) last November.

Very solid since Christmas, Real Madrid could win against a Real Sociedad team not necessarily partying in recent times.