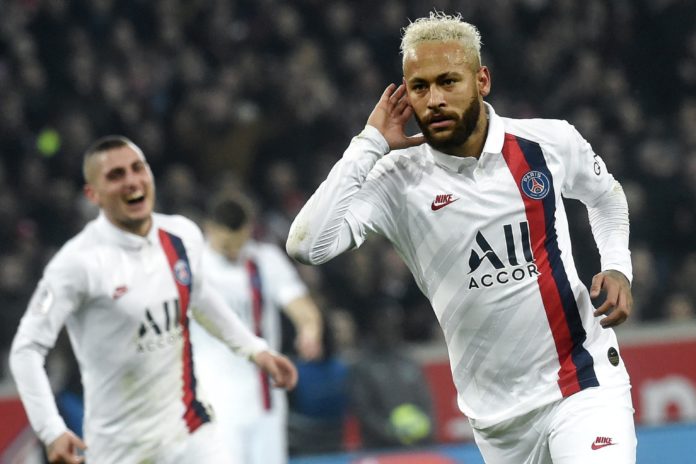 Wednesday evening, PSG will challenge Pau on the occasion of the 1 / 8th finals of the Coupe de France. Both clubs will want to win to advance to the next round.

Present for 4 seasons in National 1, Pau has never been so well placed to try to access professional football at the end of the season. Indeed, the club of the Pyrenees Atlantic occupies the 4th rank of the classification in its championship with the same number of points as the 3rd, Villefranche and 4 behind the leader of Dunkirk. On the other hand, he remains in 3 draws against Boulogne (0-0), Lyon-la-Duchère (1-1) and Queuvilly (0-0). In the Cup, they made an impression by winning in front of Bordeaux in the previous round (3-2 AP).
Opposite, PSG has accumulated victories for a long time now. Beaten for the last time in Dijon at the beginning of last November, the Parisians have just won 12 of their last 13 meetings in all competitions. Since their draw conceded at home against Monaco (3-3), the men of Thomas Tuchel have reset the winning machine by winning in front of these same Monegasques (1-4), Lorient in the Coupe de France (0-1 ), Reims (0-3) in the League Cup and Lille on Sunday evening, in the league (0-2).

The staff for Pau vs PSG

For Pau, the important defender Batisse should resume his place behind after being suspended against Bordeaux but the winter rookie Beusnard, midfielder Ouaamar and striker Nguer are still injured. Up front, young Gueye (9 goals this season) and Sabaly (6 goals) look promising.
Taulier Marquinhos is already forfeited for this match. In addition to that, his compatriot Thiago Silva is uncertain after giving up his place against Lille on Sunday evening. Precisely on this occasion, Neymar again distinguished himself by scoring a double and joining Mbappé at the top of the club’s scorer ranking with 13 goals.

Probable compositions for Pau vs PSG:

Unsurprisingly, PSG should come and do the work on the ground for a team from Pau who could resist for a while before cracking at the end of the match.

Betting Prediction: Most prolific half: 2nd half
Odds: 1.77