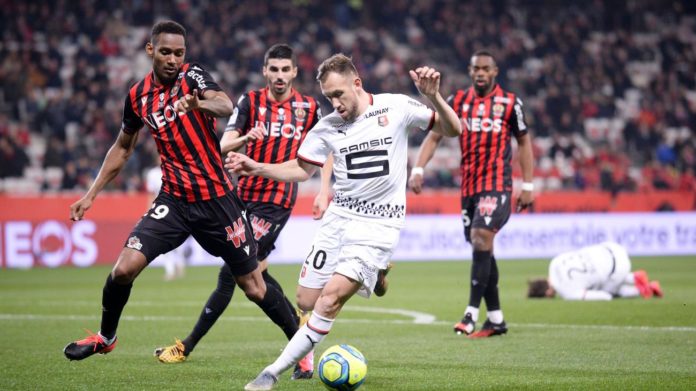 Tuesday evening, Angers welcomes Rennes for a meeting of the 1 / 8th finals of the Coupe de France. Both teams will want to win to reach the quarter-finals.

Authors of a very convincing start to the season, the Angevins stalled a bit in the fall to the point of returning to the soft stomach of the championship, in 9th place. Since their last victory in Nantes (1-2), SOC players have made 2 draws, at home against Nice (1-1) and Marseille (0-0) last Saturday. In the previous rounds, Stéphane Moulin’s men eliminated Dieppe (1-3) and Rouen (1-4) to reach these 1 / 8th finals.
Opposite, Stade Rennais finds itself a very credible candidate for a place in the Champions League since it is currently placed on the 3rd step of the podium with 4 steps ahead of 4th place. Beaten by OM (0-1), the Bretons returned to victory by winning against Nîmes (0-1). Friday evening, they went to look for a point in Nice (1-1). Winners of the last edition of the Coupe de France, the Red and Black started their new campaign well by winning against Amiens (0-0, 5-4 tab), and Athlético Marseille (0-2).

The staff for Angers vs Rennes

Absent in Marseille on Saturday, the international side hope Aït-Nouri and the substitutes Kanga and Gomez-Mancini are still forfeited. In addition, the offensives Aloui and El-Melali joined the infirmary.
As for weeks, midfielders Johansson, Guclu and Jonas Martin, injured for a long time, are forfeited, as well as defenders Nyamsi and Morel, touched against Nice on Friday. However, the former Lensois Bourigeaud and the former Lyonnais Grenier returned from injury, and the titular defenders Hamari Traoré and Damien Da Silva returned from suspension.

The probable compositions for Angers vs Rennes:

Rennes won the first leg in the league (2-1).
4 of Angers’ last 5 games have seen goals from both sides

These two teams seem to be fairly close to each other at the moment and they may not be able to decide in a game with goals on both sides as well as the first leg.