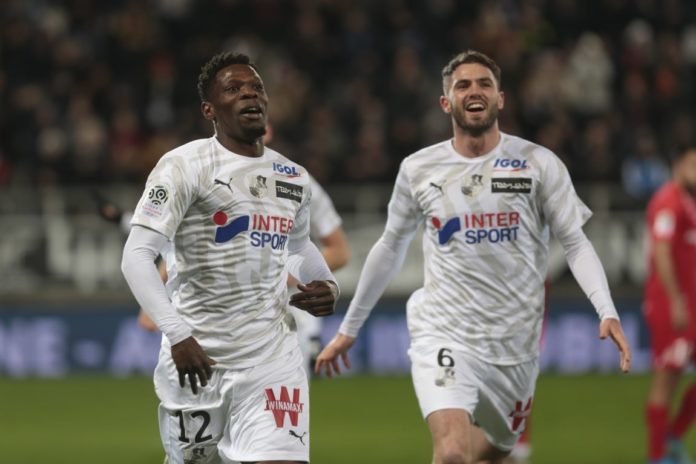 Three late matches will take place this Wednesday, January 15, 2020: Monaco vs PSG, Nîmes vs Rennes and Amiens vs Reims.

ATt the Crédit Agricole de la Licorne stadium, Rémois and Amiennois will be keen to do better than on the 20th day, during which the two teams bowed. Beaten in Nîmes, yet 19th, Reims started the year rather badly, losing in particular to Monaco in the Coupe de la Ligue and qualifying narrowly against Strasbourg in the Coupe de France. Still 10th, David Guion’s men can nevertheless rely on a very good first part of the season to hope to obtain a good ranking at the end of the year.

The situation is however much more critical on the side of the CSA. 18th, Amiens has not won the championship since the beginning of November and has even just been knocked out of all the national cups at the start of the year. Can we expect a turnaround or are the Amiens going straight to Ligue 2?

16 goals for, 12 goals against. Only 28 goals have been scored in Reims games this season, which is obviously the lowest total in Ligue 1.
Amiens is on a more than negative series: 1 draw and 6 defeats in the last 7 days. Trust does not reign in the Unicorn.
Only 4 of the 23 games played by the Rémois this season crossed the 2.5 goal mark.
With 12 goals conceded, Reims remains the best defense in Ligue 1, even before PSG (13).
Only 3 of Reims’ last 24 trips to Ligue 1 have generated more than 2.5 goals.
There will only be 4 days of recovery after the last meeting disputed by the two clubs.

This Amiens-Reims is difficult to read and the 3 exits seem possible. We can nevertheless expect a closed meeting between two defensive teams who will have played not long ago! Under 2.5 goals.