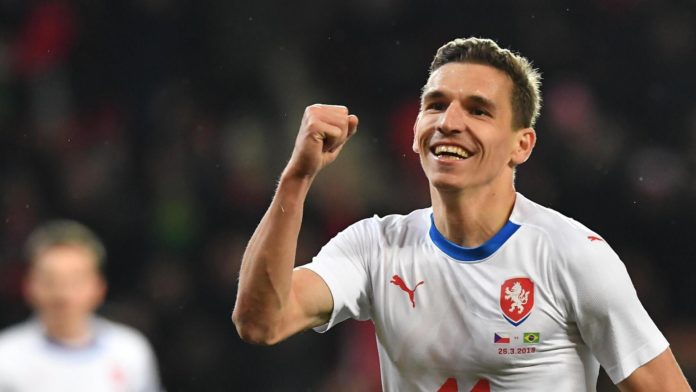 Friday night, the Czech Republic receives Bulgaria for a new match of Group A qualifications for Euro 2020. Both teams will want to win to continue to believe in the qualifications.

The Czech Republic is going through a complicated period. Indeed, the 48th world nation has saved its place in Ligue B of the League of Nations at the expense of Slovakia but remains on two big setbacks. Humiliated by England (5-0) in the first match of this playoff campaign, the Czechs then lost to Brazil (1-3).
In front, Bulgaria finished 2nd in their League C league behind Norway but ahead of Cyprus and Slovenia. For their debut in this A group, the Lions shared points twice against Montenegro (1-1) and Kosovo (1-1).

Membership for Czech Republic vs Bulgaria

The majority of Czechs play in their own league but we still find some players of the five major championship like Koubek (Rennes), Kaderabek (Hoffenheim), Krejci (Bologna), Jankto (Sampdoria), Vydra (Burnley) or Schik (Roma). On the other hand, captain Darida (Hertha Berlin), midfielder Borek Dockal (Sparta Prague) and forwards Milan Skoda (Slavia Prague) and Michael Krmencik (Victoria Plzen) are missing.
Same observation on the side of Bulgaria since 17 of the 23 players summoned for this meeting evolve in the domestic championship. The main star of this selection is none other than his captain, Ivelin Popov, who wears the colors of Rostov. He is also the top scorer with 14 goals on the clock. Note, however, the absences of Nikolay Bodurov (CSKA Sofia) and Ivaylo Chochev (Palermo).

These two teams could very well neutralize themselves in this part. Draw